Serbian president vows no mercy for those who violate peace 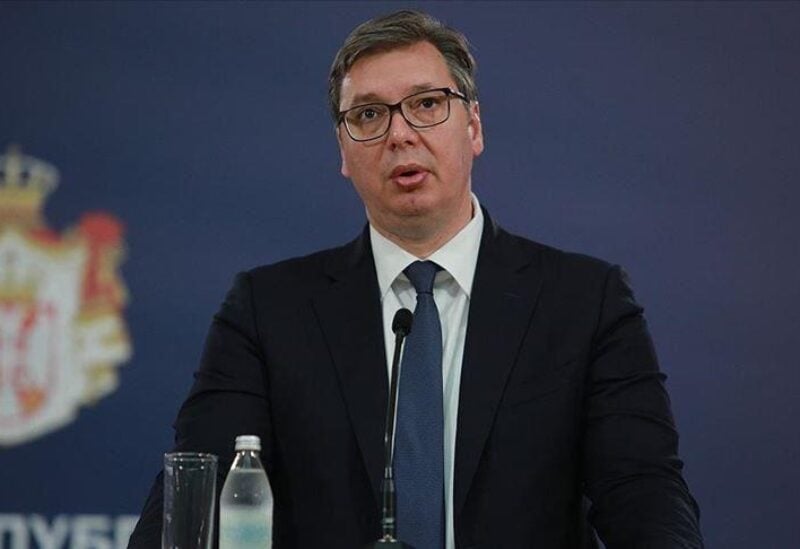 Serbia’s president, Aleksandar Vucic, said that the country will show no mercy to those who violate peace, alluding to a recent nationalist incident in a southwestern town.

Aleksandar Vucic made the remarks during a visit to the Serbian town of Priboj following a series of anti-Bosniak incidents at the beginning of this year.

”All those responsible for causing trouble will be sanctioned, and we must teach our children how to live together,” said Vucic.

Tensions had risen after a video surfaced online showing off-duty police officers celebrating the birth of a child by singing a song glorifying the Srebrenica genocide and other war crimes.

“Priboj is a test whether we are humans or not, and it must not happen that children sing to someone about shooting at mosques,” Vucic said, adding “as we respect our churches, icons and monasteries, we must respect our Muslim neighbors.”

“I’m a Serb, Serbia’s president, and of course I love all Serbs. But I cannot imagine Priboj without Bosniaks, and it won’t be without them because they have the same rights as the Serbs,” he said.

Vucic said that Serbia is equally Bosniak and Serb, and whoever thinks they can burn, kill, shoot and slaughter will end up in prison.

“Anyone who thinks of endangering someone’s life, house, mosque and church will have to deal with a state that will have no mercy and will act ruthlessly, and I therefore ask such people not to challenge the state and not to test the strength of the state,” he added.

Touring the plant of the Turkish company Flex Academy in Priboj, which produces flexible stainless steel hoses, Vucic promised that the company would open another plant in the town.

In a meeting with the company’s representatives, Vucic said the new plant would employ 150 people.

Flex Academy, which has been operating since 2017, employs about 300 workers.

He added that Priboj would get a gas pipeline this year, making production cheaper in the Priboj Free Zone.

He also met with local authorities and visited the Hasan Aga mosque, telling the gathered believers to feel safe.