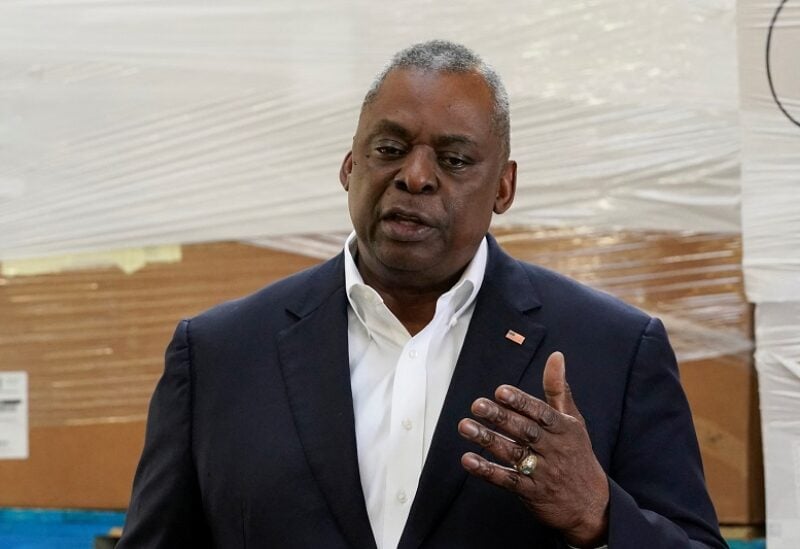 U.S. Secretary of Defense Lloyd Austin speaks with reporters after returning from their trip to Kyiv and meeting with Ukrainian President Volodymyr Zelenskiy, near the Ukraine border, in Poland, April 25, 2022. Alex Brandon/Pool via REUTERS

U.S. Defense Secretary Lloyd Austin said on Wednesday he seriously doubted that ramped up Chinese military activities near the Taiwan Strait were a sign of an imminent invasion of the island by Beijing.

“But whether or not that means that an invasion is imminent, you know, I seriously doubt that,” Austin said.