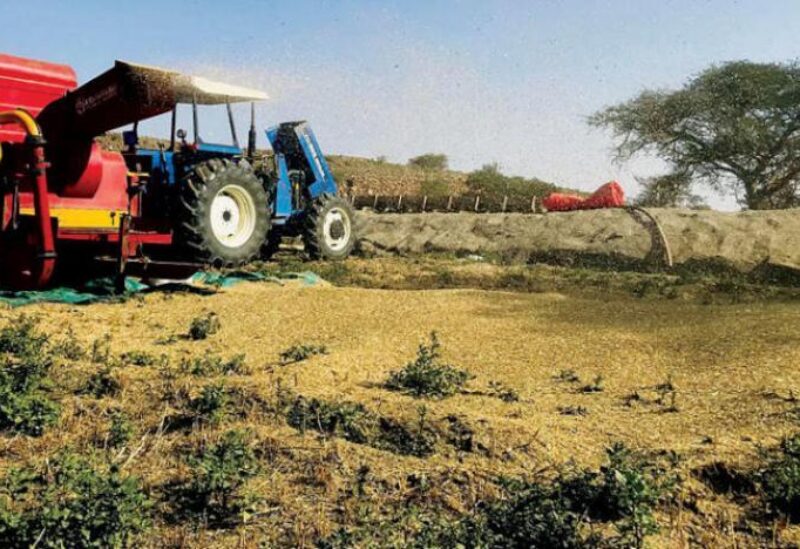 Seven Arab countries are expected to face a stifling food crisis if they don’t address their political and economic crises to face external challenges, topped by the Russian-Ukrainian war and the high cost of shipping from traditional food-exporting countries.

All these outstanding issues and plans to address the food crisis in the Arab world will be presented at a meeting in Tunisia later this month, as part of the activities of the Higher Coordination Committee for Joint Arab Action.

The event includes a financing mechanism for many programs that push for developing the agricultural and livestock sector, while expanding the rain-fed agriculture, which is spread in many of the Arab League member states.

Prof. Ibrahim Adam El-Dukhiri, the Director General of the Arab Organization for Agricultural Development (AOAD) at the Arab League, said the economic situation in some of the Arab states is the reason behind this threat.

In other countries, including oil countries, the political situation and instability are evident and reduce their appropriate utilization of the available resources.

The fragile political and security situation in the seven countries, which he didn’t reveal, exacerbates the food security problems and complicates any solution reached in this regard.

These problems will not affect the food sector only, Dukhiri noted, but they will rather afflict all their economic activities.

He stressed that the internal and foreign investments will decrease as a result of the overall situation in these countries.

He suggested resolving these issues as a major step to address the economic challenges, including the food crisis.

Dukhiri also pointed out that the climate change and the development level will affect many countries, including those that have rain-fed crops, who will face many troubles at the beginning and end of each season.

The senior official affirmed that the impact of the war in Ukraine will not be temporary, expecting that the situation will deteriorate by next year.

Dukhiri underscored the need for quick intervention, stressing that inaction will led to food shortages in many countries.

He pointed out that the cost of shipping has remarkably increased in various traditional food producing countries, including Argentina, Brazil, and Australia.

He shed light on the complexities and political differences that prevail in many European countries.

Some ports may refuse to receive specific products, leading to a surge in prices, he said, warning that the situation will become out of control.

Commenting on the AOAD’s role to help these countries, Dukhiri said their agricultural ministers are currently developing strategies to avoid this crisis.

They requested help from the organization, in terms of training, rehabilitation, studies, and plans, the official said, affirming that it is providing the optimal support.

The organization will propose in Tunis a program to address this issue, namely the Arab Sustainable Food Security Program, in which the financing mechanism is clarified and will be available to all.

“We will share with the Arab community the organization’s vision and arrangements, which include plans that can be implemented quickly, including Arab investments, and there are programs that need more time to be completed,” he told Asharq Al-Awsat.

The strategy includes three main and integrated factors, mainly the restructuring of the prevailing agricultural systems to become more efficient, as well as the hydroponic systems to increase the efficiency of water use.

The second factor is the expansion of rain-fed agriculture, especially that there are large areas in the Arab world where reasonable levels of self-sufficiency could be reached.

The third factor, according to Dukhiri, is the livestock component, which needs some arrangements in the process of feeding the animals.

He affirmed that this factor can reduce the effects of the import crisis.