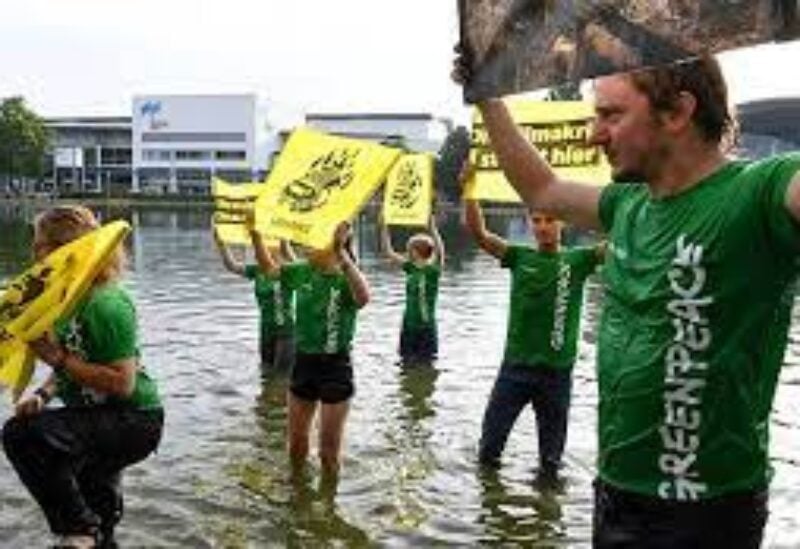 Environmental watchdog Greenpeace reported that a which protested the transport. shipment of nuclear fuel containing highly radioactive plutonium headed to the French port of Cherbourg overnight Tuesday on route to Japan.
Before dawn, an AFP photographer spotted the controversial cargo in transit under heavy security, including a convoy of police vehicles and officers on foot, in the northern town of Cherbourg-en-Cotentin.

Anti-nuclear activists, including from Greenpeace, demonstrated against the convoy at a traffic circle as the convoy passed.
Calling mixed oxide (MOX) nuclear fuel a “very dangerous material,” Greenpeace said it should be considered “high-level waste” and not be permitted to leave the country.
Uranium reactors produce a mixture of depleted uranium and plutonium as a by-product of fission. These can be re-processed into MOX fuel, which can then be used in other reactors to generate more power.
This is set to be the seventh shipment of MOX from France to Japan since 1999.
Greenpeace said two English boats will pick up the shipment from Cherbourg.
“The loading will happen on Wednesday ahead of departure to Takahama in Japan,” Greenpeace said, adding that the cargo will power two nuclear reactors in the Japanese city.
Japan has few energy resources of its own and relied on nuclear power for nearly one-third of its domestic electricity needs until the 2011 meltdown at the tsunami-crippled Fukushima plant.
As of March, there were nine nuclear reactors in operation in Japan compared with 54 before the Fukushima accident.