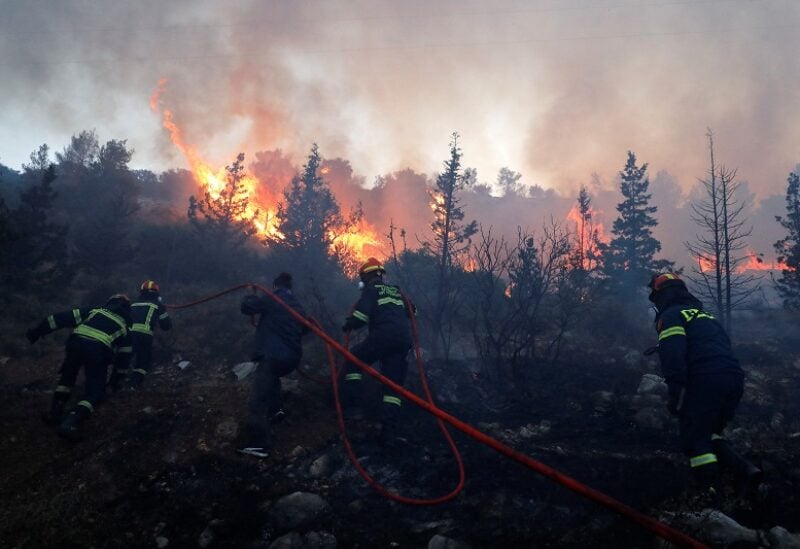 A number of houses and cars were damaged on outskirts of the Greek capital Athens on Saturday, due to the eruption of wildfires, while evacuation operations have started, authorities said.

The fire started earlier on Saturday at the foothills of Mt. Hymettus in Ano Glyfada and spread quickly to the neighboring city of Voula where most of the damages have been reported.

A door-to-door operation is taking place by the police in the area to let the residents know that they should evacuate their homes.