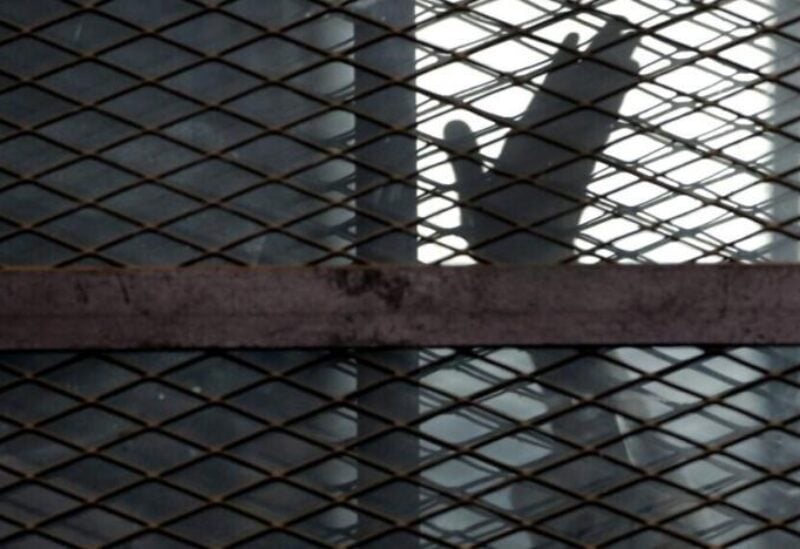 A prisoner being held in an Iranian prison

“Several” inmates died and others were injured during a prison riot in northern Iran, during which security forces used tear gas, a judicial official said on Monday.

Sunday’s riot in Rasht, provincial capital of Gilan, comes as a wave of unrest has rocked Iran since Kurdish Iranian woman Mahsa Amini, 22, died on September 16 after her arrest by the morality police in Tehran for allegedly violating the strict dress code for women, AFP said.

The street violence has led to dozens of deaths, mostly of protesters but also of members of the security forces. Hundreds have also been arrested.

On Sunday, a brawl broke out between death row inmates at Lakan Prison of Rasht over “personal differences”, the city’s public prosecutor Mehdi Fallahmiri was quoted as saying by state news agency IRNA.

“As the conflict escalated, it spread to the prison corridor, and more prisoners joined the brawl,” he said.

“Officers arrived at the scene and used tear gas to calm and disperse the prisoners to end the riot after some inmates destroyed facilities in the corridor and prison hall and set them on fire,” Fallahmiri said.

“As a result of this conflict … several people died and some were injured,” he added, saying the number of prisoners hurt was under investigation.

Fallahmiri said some inmates “succumbed to their injuries” because “rioters” had prevented their transfer, while others “were taken to hospital for treatment”.

“The situation … is calm now and the daily activities of the prisoners continue.”