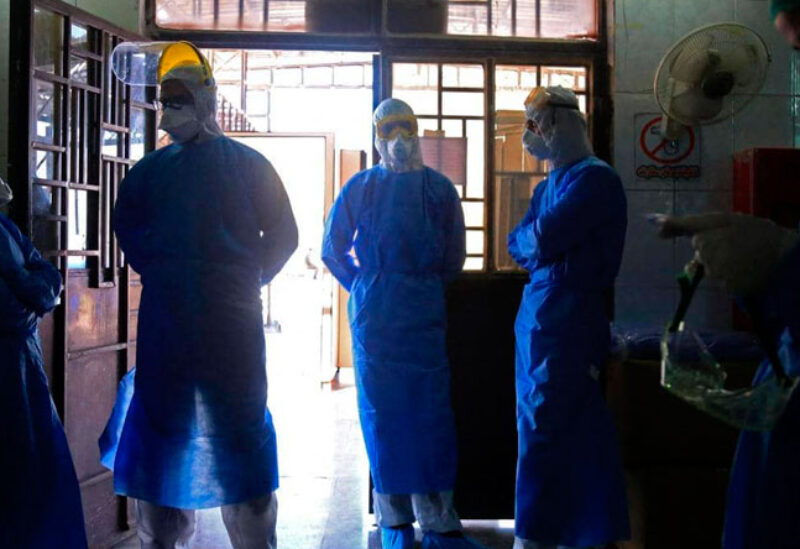 The director of the Public Health Department in Dhi Qar, Hussein Riyadh, confirmed that a black fungus case had been registering in a patient who passed away in the governorate.

Riyadh told Shafaq News Agency that the black fungus case that was registered in Dhi Qar governorate is one of the types that infect immunocompromised patients.

“This disease targets people with COVID-19 as well as diabetics, as these diseases reduce immunity in the human body, which is an easy catch for the black fungus”, he pointed out.

Earlier today, a medical source told Shafaq News agency that the first official mucormycosis death in Iraq had been registered in Dhi Qar, adding that the disease was discovered by coincidence upon the death of the patient.

“The man’s initial death document stated that he died from a fungus in the eye, but a specialist doctor examined the case and then discovered by chance that the man died due to his infection with the black fungus disease”, the source said.

Mucormycosis is a fungal infection that causes blackening or discoloration over the nose, blurred or double vision, chest pain, breathing difficulties, and coughing blood.

The disease has a close link to diabetes, and conditions that compromise the immune system. Experts have said that an overuse during the COVID-19 pandemic of certain drugs which suppress the immune system could be causing the surge.