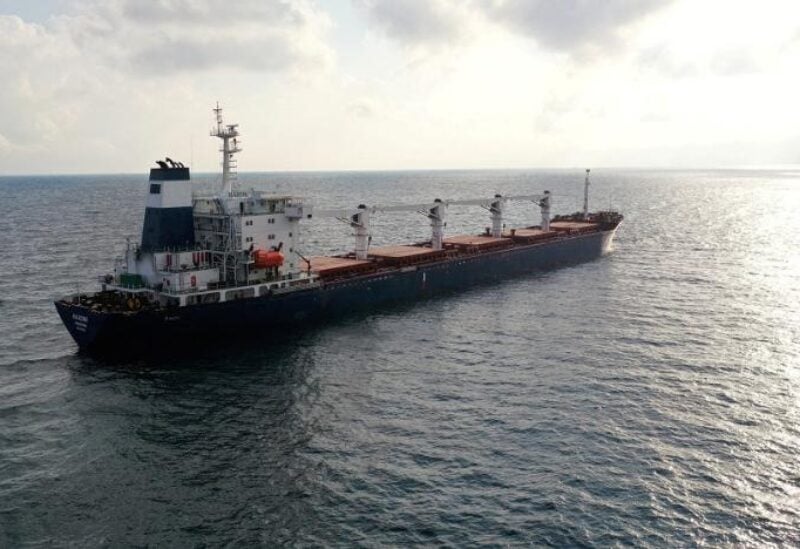 The first ship to depart Ukraine under a UN-brokered deal to resume grain exports from the country two weeks ago was approaching the Syrian port of Tartus on Sunday, two shipping sources said.

The Sierra Leone-flagged Razoni set sail from Ukraine’s Odesa port on Aug. 1 under the deal between Moscow and Kyiv, brokered by the United Nations and Turkey.

The cargo of 26,000 tons of corn had originally been destined for Lebanon, which has been suffering a severe economic crisis that has made led to food insecurity for about half of its population.

However, the original buyer refused the delivery over quality concerns and the ship sailed to Turkey, docking in Mersin on August 11.

When it set sail again the following day, it did not keep its transponder on. Two shipping sources, one of them in Tartus, confirmed to Reuters on Sunday that the ship was approaching the northwest Syrian port.

The Ukrainian embassy in Lebanon had no immediate comment on the ship’s destination.

It has previously accused Syria of importing at least 150,000 tons of grain it said was plundered from Ukrainian warehouses after Russia’s invasion in February.

Ukraine cut off diplomatic ties with Syria in June after Damascus recognized the independence of the eastern regions of Luhansk and Donetsk.

Meanwhile, the United Nations-chartered ship MV Brave Commander will depart Ukraine for Africa in coming days after it finishes loading more than 23,0000 tons of wheat in the Ukrainian port of Pivdennyi, a UN official said.