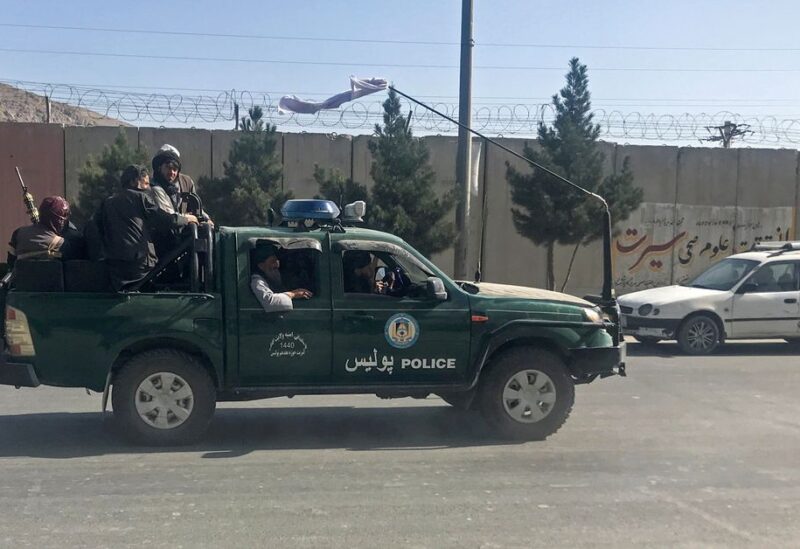 The streets of Kabul were desolate early Monday, a day after Taliban rebels took control of the Afghan city without fighting, but the airport was clogged with hundreds of citizens attempting to flee.

Hundreds of people were seen fleeing with their bags toward the safety of the airport terminal when shooting erupted on video shared on social media.

Hundreds of citizens running onto the tarmac to try to board a plane were deterred by US troops stationed at the airport to protect the departure of US troops.

“The crowd was out of control,” a U.S. official told Reuters by phone. “The firing was only done to defuse the chaos.”

The nearby Wazir Akbar Khan embassy district was deserted with almost all diplomats and their families either flown out of the city or at the airport awaiting a flight.

“It is strange to sit here and see empty streets, no more busy diplomatic convoys, big cars with guns mounted,” said Gul Mohammed Hakim, one the city’s ubiquitous naan (bread) makers who has a shop in the area.

“I will be here baking bread, but will earn very small amounts of money. The security guards who were my friends, they are gone.”

He had no customers yet, said, and was still heating his tandoor (clay oven) in anticipation.

“My first concern was to grow my beard and how to grow it fast,” Hakim added. “I also checked with my wife if there were enough burqas for her and the girls.”

During the Taliban’s 1996-2001 rule, men were not permitted to trim their beards and women were required to wear the all-enveloping burqa cloak in public.

In the city’s Chicken Street, the scores of shops for Afghan carpets, handicraft and jewellery, as well as small cafes, were closed.

Sherzad Karim Stanekzai, who owns a carpet and textiles store, said he decided to sleep inside his shuttered shop to protect his goods.

“I am in a complete state of shock. The Taliban entering that scared me, but (President Ashraf) Ghani leaving all of us in this situation has been the worst,” he said.

“I lost three brothers in seven years in this war, now I have to protect my business.”

He said had no idea where his next customers would come from. “I know there will be no foreigners, no international people who will now come to Kabul,” he said.

A Taliban leader said his fighters had been “ordered to allow Afghans to resume daily activities and do nothing to scare civilians.”

“Normal life will continue in a much better way, that’s all I can say for now,” he told Reuters via Whatsapp.