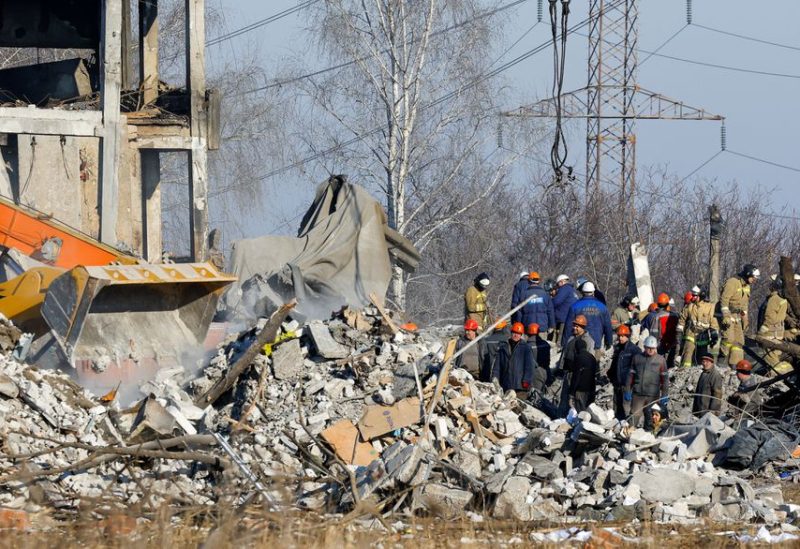 A unilateral ceasefire in Ukraine declared by Russian President Vladimir Putin was due to come into force on Friday but the hours leading up to the temporary truce saw renewed fighting, with Kyiv rejecting the move as a trick.

Russia’s defense ministry said its troops began observing the ceasefire from noon Moscow time (0900 GMT) “along the entire line of contact” in the conflict but said Ukraine kept up shelling Russian-populated areas and military positions.

Reuters could not immediately establish if there had been any lull in fighting after the deadline, which marked the eve of the Russian Orthodox Christmas in the region.

In the hours prior, rockets slammed into a residential building in the Ukrainian city of Kramatorsk close to the eastern frontline, damaging 14 homes but with no casualties, the mayor said. Residents described several explosions.

“It’s bad, very bad. We need to pressure them, get them to leave, maybe more air defense systems would help. This happens often, not only on festive occasions. Every other day,” said Oleksnadr, 36, outside a supermarket at the time of the attack.

Shortly after the ceasefire was supposed to come into effect, Russian-backed officials accused Ukraine of shelling the regional capital of Donetsk with artillery, Russia’s state-run TASS news agency said.

Putin ordered the 36-hour ceasefire in the 10-month-long war in a surprise move in Thursday, saying it would run through to the end of Russian Orthodox Christmas on Saturday.

But Ukraine and its Western allies dismissed his call, calling it a ploy aimed at giving Moscow time to reinforce troops and equipment after heavy losses in the industrial Donetsk region where Kramtorsk is located

Despite air raid warnings sounding in several regions, no major air strikes were reported by Ukrainian officials after the ceasefire starting time.

One rescue worker was killed and four others injured after Russian forces shelled a fire department in the southern Ukrainian city of Kherson before the deadline early on Friday, the regional governor said

The battles had not previously slowed during the festive season and Russia mounted waves of air strikes over New Year, usually a time of celebration in both Ukraine and Russia.

Russia invaded Ukraine on Feb. 24 last year, starting a war that has killed tens of thousands of people, displaced millions and reduced cities to rubble.

With weapons and financial support from the United States and Europe, Ukraine has driven Russia back from some of its territory but battles are raging over eastern and southern cities.

Bakhmut, 12 miles (20 km) southeast of Kramatorsk, has been the most intense battleground, still in Ukrainian hands despite dug-in trench warfare and months of battering by Russian forces that have left much of it in ruins.

“I tell people we should pray for the guys holding Bakhmut. If Bakhmut is given up, Kramatorsk will suffer heavily,” said Yehven, 32, also at the supermarket.

To reinforce Ukraine’s defenses, Germany said it would deliver the country an advanced Patriot anti-aircraft missile system and around 40 Marder infantry fighting vehicles within three months. Washington is also due on Friday to announce a new $2.8 billion security package, including armored Bradley fighting vehicles.

Ukrainian President Volodymyr Zelenskiy rejected Putin’s ceasefire out of hand, saying the goal was to halt the progress of Ukraine’s forces in Donetsk and the wider eastern Donbas region and bring in more of Moscow’s forces.

“They now want to use Christmas as a cover, albeit briefly, to stop the advances of our boys in Donbas and bring equipment, ammunitions and mobilized troops closer to our positions,” Zelenskiy said in his Thursday night video address.

“What will that give them? Only yet another increase in their total losses.”

Ukraine’s military General Staff said its soldiers repelled repeated Russian attacks over the past day, with Moscow focused on trying to take towns in Donetsk, including Bakhmut.

“The enemy is concentrating its main efforts on attempts to establish control over the Donetsk region” without success, the General Staff said in a statement, adding that both Ukraine and Russia had launched multiple air strikes over the past day.

One witness in Donetsk heard outgoing artillery fired from the outskirts of the city, which is in control of Russia-backed forces, suggesting that they had broken Moscow’s truce.

Reuters could not independently verify the latest battlefield accounts.

US President Joe Biden suggested Putin’s ceasefire offer was a sign of desperation. “I think he’s trying to find some oxygen,” he told reporters at the White House.

Russia’s ambassador in Washington, Anatoly Antonov, responded on Facebook saying: “Washington is set on fighting with us ‘to the last Ukrainian’.”

Russia’s Orthodox Church observes Christmas on Jan. 7. Ukraine’s main Orthodox Church has been recognized as independent by the church hierarchy since 2019 and rejects any notion of allegiance to the Moscow patriarch.

Many Ukrainian believers have shifted their calendar to celebrate Christmas on Dec. 25 as in the West.

Zelenskiy, pointedly speaking in Russian and not Ukrainian, said that ending the war meant “ending your country’s aggression … And the war will end either when your soldiers leave or we throw them out.”

Dmitry Polyansky, head of Russia’s permanent mission to the United Nations, wrote on Twitter that Ukraine’s reaction was “one more reminder with whom we are fighting in #Ukraine – ruthless nationalist criminals who … have no respect for sacred things”.