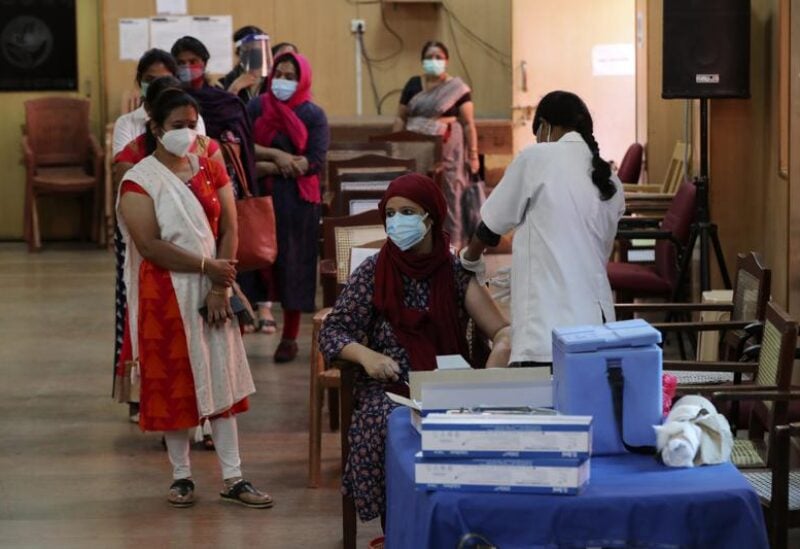 An Indian woman is administered a dose of Covishield, Serum Institute of India’s version of the AstraZeneca vaccine as others wait their turn in Bengaluru, India, Wednesday, May 19, 2021. India has the second-highest coronavirus caseload after the U.S. with more than 25 million confirmed infections. (AP Photo/Aijaz Rahi)

SINGAPORE: Singapore criticized an Indian politician on Wednesday for making unfounded claims on social media that a new COVID-19 variant in Singapore was particularly harmful to children and could cause a fresh surge of infections in India.

Kejriwal called for a halt in air traffic between the two nations because of the new “Singapore variant.” It was unclear why he made such a call because Singapore has already banned flights from India over the high number of cases there.

Singapore’s Foreign Ministry said in a statement that it was “disappointed that a prominent political figure had failed to ascertain the facts before making such claims.” It noted that Singapore’s Health Ministry has said there was “no Singapore variant” and that the strain prevalent in many cases in the city-state in recent weeks was the one first detected in India.

Indian Foreign Minister S.Jaishankar tweeted in response that Kejrival’s comments were irresponsible and that he did not speak on behalf of India. – Associated Press