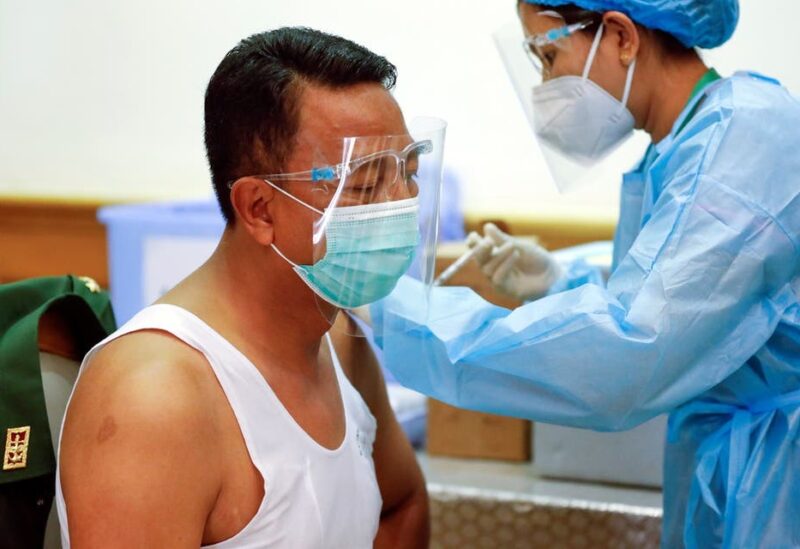 Even though the country does not consider them as vaccinated in its official tally, Sinovac’s COVID-19 vaccine, which is under fire for its efficacy, has found a small but devoted group of supporters in Singapore.

Under Singapore’s government immunization program, the more effective mRNA shots from Pfizer-BioNTech and Moderna are provided free of charge, but thousands have decided to pay as much as S$25 ($18.5) for Sinovac’s CoronaVac.

“I personally don’t trust (mRNA) results when compared to something that is traditional, which has been utilized for over 100 years,” said Tan Bin Seng, a retired Singaporean doctor.

Because there are few cases in Singapore, some perceive no harm in taking the China-made vaccination, which is based on better established technology. They are less optimistic about the long-term safety of recently produced messenger RNA (mRNA) vaccines, according to them.

Many of the residents signed up for Sinovac at his Rophi Clinic, according to infectious diseases expert Leong Hoe Nam, were in their 60s and had similar anxieties.

Europe’s drug regulator last week said it had found a possible link between very rare heart inflammation and mRNA COVID-19 vaccines from Pfizer-BioNTech and Moderna, in line with U.S. findings last month, though both said benefits of the shots far outweigh the risks. Allergic reactions have been also reported after mRNA shots.

So far, regulators have mostly raised concerns about Sinovac’s efficacy, and there have been few reports of adverse effects.

Private clinics in Singapore had given more than 17,000 doses of CoronaVac as of early July. More than 6 million total doses of mRNA vaccine have been given in the city-state, and about 2.4 million people are fully vaccinated with them.

As of July 1, Pfizer has shipped more than 860 million doses of its COVID-19 vaccine worldwide.

Singapore, which has made vaccination a key pillar of its reopening plans, has reported many fewer cases than its neighbors, where fresh outbreaks have raised doubts about CoronaVac’s efficacy against new virus variants.

The mRNA vaccines have shown efficacy rates of well over 90% against symptomatic disease in clinical trials, compared with trials for Sinovac that have shown results from as low as 51% to about 84%.

“There is no harm in taking Sinovac, its efficacy rate may be relatively lower but the risk of getting COVID-19 in Singapore is very low,” said Singapore-based Chinese national Luo Qiufeng, 25.

Singapore, which has close ties with Beijing and Washington, gave the Sinovac vaccine an early vote of confidence through an advance purchase announced in December, which also included Moderna and Pfizer-BioNTech.

But it has only allowed private clinics to give the Sinovac vaccine after last month’s emergency use approval by the World Health Organization (WHO).

“Singapore doesn’t want to upset Beijing,” said Chong Ja Ian, a political science professor at the National University of Singapore. With Sinovac, it has taken an “in-between route”, where it is allowing people to take it if they want, but not really endorsing it, he said.

Singapore’s health ministry has said that making CoronaVac available at private clinics allows access for those who do not wish to take the approved vaccines and that it was better to have some form of protection against COVID-19 than no protection at all.

Singapore-based Chinese citizens say they were also encouraged by vague online messages that imply China-made vaccines will make it easier to travel home. China does not have such a policy, and official government guidance states travelers will have to quarantine, regardless of vaccination status.

StarMed Specialist Centre had vaccinated 1,500 people, with another 4,000 bookings, CEO Louis Tan said. Half of the demand was coming from Chinese nationals, while the rest was mainly from ethnic Chinese Singaporeans.

Singapore has said it would not count Sinovac takers in its vaccination tally because of inadequate data, especially against the highly contagious Delta variant.

Incentives for being vaccinated under the national programme include not having to be tested for COVID-19 before attending some events. Those who have taken CoronaVac will still need to be tested.

The move has triggered an online petition to treat Sinovac like mRNA shots. About 2,000 people have signed it.