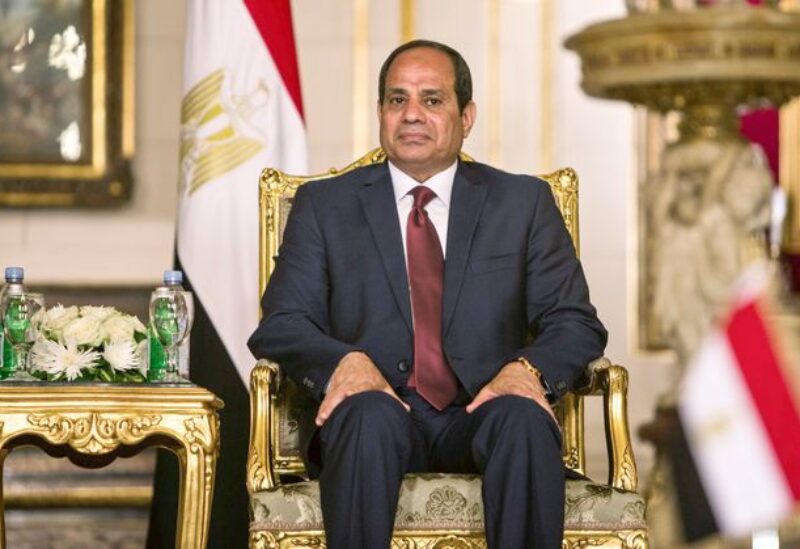 Egyptian President Abdel Fattah El-Sisi affirmed, on Wednesday, that the Grand Ethiopian Renaissance Dam represents an “existential issue” that affects the lives of millions of Egyptians.

During a press conference with his Burundian counterpart, Evarist Ndayishimi, the Egyptian President stressed his country’s rejection of any “unilateral approach” that seeks to impose a fait accompli and ignore the basic rights of peoples.

In a speech published by the Egyptian newspaper, Al- Watan , Sisi said that he discussed with the Burundian president ways to enhance cooperation between the two countries in the field of water resources and irrigation, and to maximize sustainable utilization of the Nile River resources.

The two sides affirmed their vision of “making the Nile River a source of cooperation and development as a lifeline for all the people of the Nile Basin countries.”

“We reviewed the developments regarding the Ethiopian dam issue as an existential issue affecting the lives of millions of Egyptians,” Sisi added.

He stressed the necessity of seeking to reach as soon as possible a legally binding agreement that regulates the filling and operation of the Renaissance Dam, far from any unilateral approach that seeks to impose a fait accompli and ignore the basic rights of peoples.

Egypt and Sudan are seeking to reach a binding legal agreement that regulates the process of filling and operating the Grand Ethiopian Renaissance Dam, before starting the second filling in June.

Ethiopia had confirmed that it would start the second phase of filling after completing the first phase last year, regardless of whether or not an agreement was reached with Sudan and Egypt.

Khartoum has warned on more than one occasion that Ethiopia’s plan to start the second phase of the plan to fill its dam on the Nile constitutes a “direct threat” to its national security.