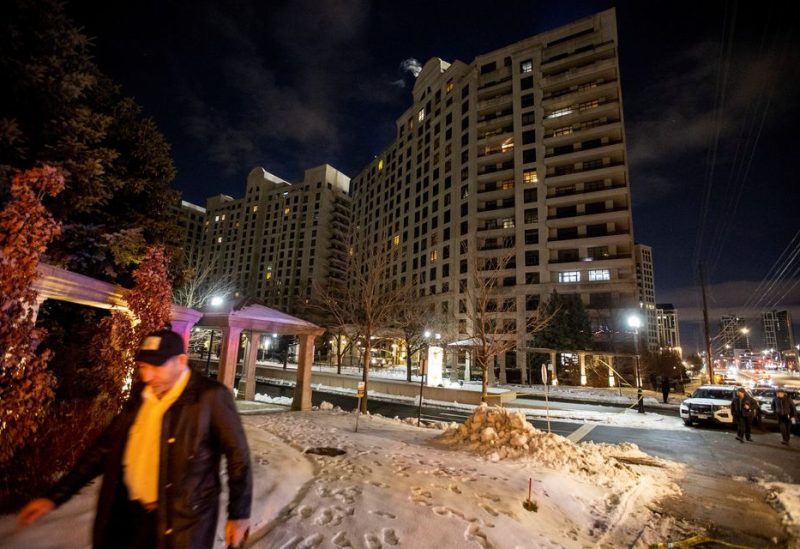 A person walks past the scene after a fatal mass shooting at a condominium building in the Toronto suburb of Vaughan, Ontario, Canada December 19, 2022. REUTERS

On Sunday night, a shooting at a residential building in the Canadian province of Ontario’s city of Vaughan resulted in six fatalities, including a 73-year-old suspect, and one critically injured victim, according to local police.

According to the York Regional Police Department, efforts are being made to identify the victims and notify their families. Vaughan, which is in Ontario’s York region and is less than 50 kilometers (31 miles) north of downtown Toronto, has a population of roughly 320,000.

Authorities have not released more information about the victims, the suspect, or the suspect’s motive.

York police responded to a call about an “active male shooter who had shot several victims” at a condominium in Vaughan at about 7:20 p.m. local time on Sunday (0020 GMT on Monday), the department said.

The suspect was shot at by police and pronounced dead at the scene, Ontario’s Special Investigations Unit (SIU) said in a statement on Monday.

Vaughan Mayor Steven Del Duca expressed condolences to the families of the victims at a press conference on Monday and said the wounded person was recovering at a hospital.

“Everyone is appalled to have heard this news last night and to have woken up to it this morning. People are just utterly shocked “added Del Duca.

A post-mortem was set for Tuesday, according to the SIU, which looks into killings involving police, and the SIU said it was investigating the death of the suspect.

Data from 2020 shows that although Canada’s gun homicide rate is lower than that of the United States, it is still greater than that of other developed nations and has been increasing.