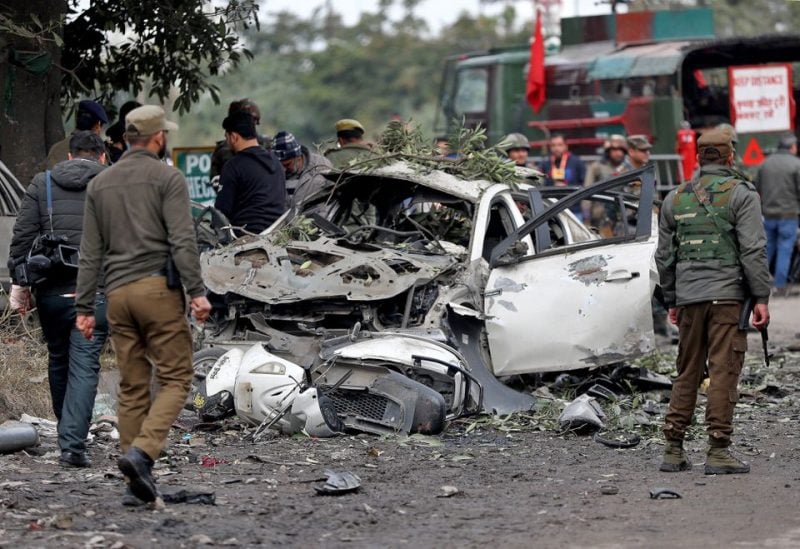 Indian security force personnel stand guard next to a damaged vehicle after a bomb blast in Narwal area of Jammu January 21, 2023. REUTERS

Before the arrival of Indian opposition leader Rahul Gandhi on a cross-country march, two bombs in Jammu, the main Indian city in a region contested by neighboring Pakistan, injured at least six persons, according to police.

According to regional police commander Mukesh Singh, the blasts occurred at Jammu’s transport yard in the Narwal neighborhood as security was tightened in preparation for Gandhi’s march, which is expected to arrive in the city on Monday.

Thousands have joined his march against “hate and division”, which aims to turn the leftist Congress party’s fortunes around after its drubbing by Prime Minister Narendra Modi’s Hindu-nationalist Bharatiya Janata Party in a 2019 election.

Modi wants to take control of India’s part of the Muslim-majority Himalayan region of Jammu and Kashmir, hotly contested by Muslim-majority Pakistan. It has been governed almost exclusively by Muslim chief ministers.

Gandhi’s march, which has been better received by the public than expected, is expected to culminate in Srinagar later this month.

The first blast occurred around 0445 GMT, followed by another explosion, said another police official, who asked not be named because he is not authorized to speak to the media.

“The whole area has been cordoned off and a search operation underway,” he said.

Jaswinder Singh, who saw the first blast, said it occurred in a vehicle that was sent to a workshop for repairs.

“There was a big bang and when I came out, I saw a blast had ripped apart a car. Fifteen minutes later, there was another explosion nearby. Those injured are mostly car mechanics,” he said.