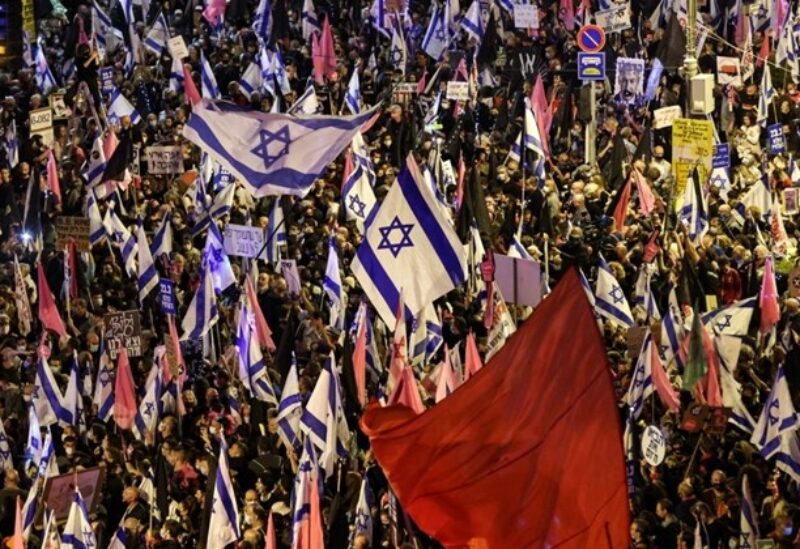 Israeli pollsters have had plenty of opportunities to polish their craft during an unprecedented period of political deadlock that has forced four elections in just under two years.

But Tuesday’s vote has proven especially hard to forecast, as Israel’s already fractured political scene has become even more splintered.

Netanyahu, Israel’s longest serving premier and the first to be criminally indicted in office, remains the most popular individual leader and his right-wing Likud party the nation’s strongest.

Surveys have consistently given Likud between 28 and 31 seats in the 120-member parliament — ahead of main challenger Yesh Atid, the centrist party led by former television anchor Yair Lapid, which has been polling an average of 18 seats.

But beyond Likud’s performance, Netanyahu, in search of a broader coalition to gain a majority, “is worried about the magic number 61,” said Camil Fuchs, a statistics professor at Tel Aviv university.

Fuchs, who said Tuesday would be one of the most unpredictable nights in Israeli election history, predicted Netanyahu’s fate will hinge on minor parties, speaking to reporters Sunday.

Polls indicate the prime minister can count on roughly 45 seats, including Likud’s vote and those of the two parties representing ultra-Orthodox Jews, Shas and United Torah Judaism, which are firmly in the premier’s corner.

To get to 61 Netanyahu will probably need endorsements from two hardline nationalist parties who oppose Palestinian statehood in any form.

One is Yamina, headed by former Netanyahu protege and multi-millionaire tech entrepreneur Naftali Bennett, who served as defence minister under the prime minister. Their relationship has become strained.

Bennett has attacked Netanyahu throughout the campaign, including over his handling of the coronavirus crisis, but has not ruled out joining a coalition led by the 71-year-old premier.

It includes the extremist Itamar Ben-Gvir who has voiced admiration for Baruch Goldstein, the mass murderer of 29 Palestinian worshippers in Hebron in 1994.

Likud is trying “syphon off” votes from Yamina to Religious Zionism because the latter party “is in Netanyahu’s pocket,” the right-wing Israel Hayom newspaper reported Sunday.

Fuchs said that a coalition formed by the anti-Netanyahu camp was the least probable outcome of Tuesday’s vote, behind a Netanyahu-led government and an inconclusive result forcing a fifth relection.

Lapid’s former ally, Defence Minister Benny Gantz, was punished by supporters for agreeing to sit in Netanyahu’s government and his Blue and White party may not cross the threshold on Tuesday.

Labor is enjoying a mild resurgence under the new leadership of feminist and environmental activist Merav Michaeli, but it could top out at seven seats.

That means an anti-Netanyahu bloc probably cannot be formed without an agreement between Lapid, his ideological rival Bennett and the New Hope party led by prominent Likud defector Gideon Saar, which is currently polling around 10 seats.

Lapid has not insisted that he lead an anti-Netanyahu government as prime minister, even if his party places second behind Likud.

“I’ll consider any script that leads to removing Netanyahu from power,” he told reporters on Saturday.

“We can get to 61 Knesset seats,” he vowed, despite the daunting math.