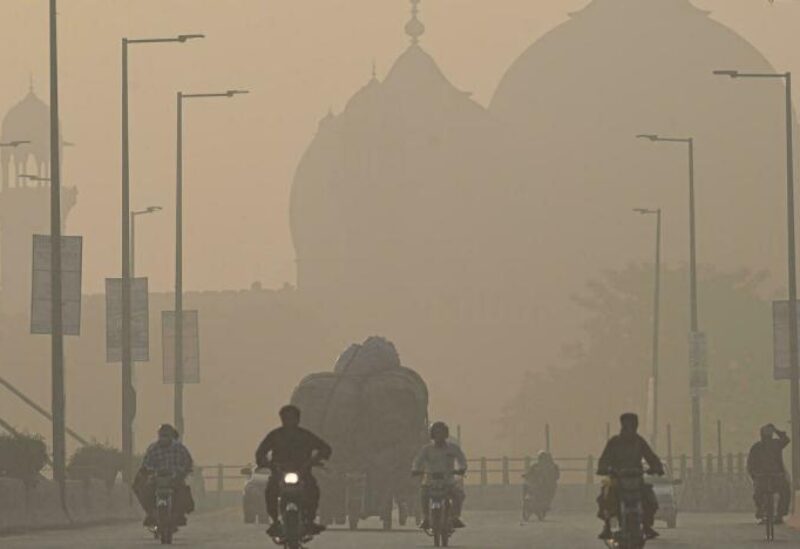 The Pakistani city of Lahore was declared the most polluted city in the world by an air quality monitor on Wednesday, as residents choking in acrid smog pleaded with officials to take action.

Lahore had an air quality ranking of 348, well over the hazardous level of 300, according to IQAir, the Swiss technology company that operates the AirVisual monitoring platform.

Air pollution has worsened in Pakistan in recent years, as a mixture of low-grade diesel fumes, smoke from seasonal crop burn off, and colder winter temperatures coalesce into stagnant clouds of smog.

Lahore, a bustling megacity of more than 11 million people in Punjab province near the border with India, consistently ranks among the worst cities in the world for air pollution.

In recent years residents have built their own air purifiers and taken out lawsuits against government officials in desperate bids to clean the air — but authorities have been slow to act, blaming the smog on India or claiming the figures are exaggerated.

“We can only plead with them to control the pollution. I am not a literate person, but I have read that Lahore has the worst air quality and then comes India’s Delhi. If it continues like this, we will die.”

“Before, I used to come (for a walk) with my children but now I don’t bring them out with me,” Saeed the laborer said.

“There are factories and small industries operating here, either shift them somewhere else, give them compensation or provide them with modern technology, so we can get rid of this smog.”