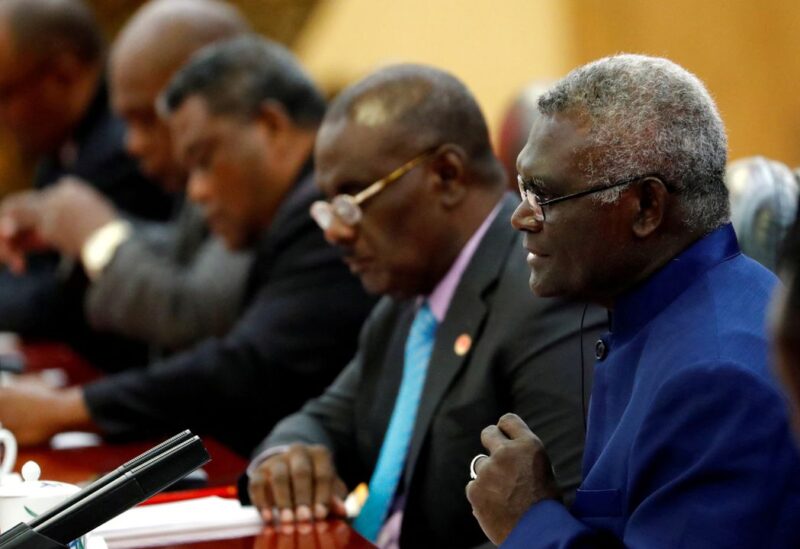 Manasseh Sogavare, the prime minister of the Solomon Islands, was reportedly “snubbed” by the United States for skipping a Saturday morning service commemorating a significant World War Two battle.

Sogavare was scheduled to speak at a memorial service on Sunday that was attended by Wendy Sherman, the deputy secretary of state for the United States, as well as ministers and representatives from Japan, Australia, and New Zealand, according to The Solomon Star News. However, he did not show up.

Sherman told a news conference Sogavare was on the printed programme for the ceremony, which marked the 80th anniversary of the Battle of Guadalcanal, and when she met him later in the day, she told him she was sorry he didn’t attend.

“The real sorrow here is that I think he missed a real opportunity to commemorate how strong these bonds were 80 years ago that allowed for freedom here in Solomon Islands,” she told reporters on Sunday, according to a transcript released on Monday.

The U.S. ambassador to Australia, Caroline Kennedy, was also at the series of ceremonies and paid tribute to two Solomon Islanders who had saved the life of her father, John F. Kennedy, who later became U.S. president.

Sherman said her meeting with Sogavare was wide ranging and “very bold”, and she had raised U.S. concerns over his government’s security pact with China.

Honiara and Beijing have denied the pact will allow a military base.

“The prime minister and I talked today about how there is no conflict in the Pacific right now, and we all want to keep it that way,” she said.

Sogavare’s office did not respond to a Reuters request for comment.

At a ceremony on Monday, Sherman praised the role of Solomon Islanders in assisting the United States in World War Two.

A Japanese Navy sailor was stabbed during Monday’s service at Bloody Ridge, a spokesman at the Japanese Embassy in the Solomon Islands confirmed to Reuters.

The motivation for the attack was unknown. The victim was treated at the scene by U.S. military medics and needed two stitches, the spokesman added.

The Solomon Star News reported a local man was in custody over the attack.