South Africa says no signal of increased Omicron severity yet 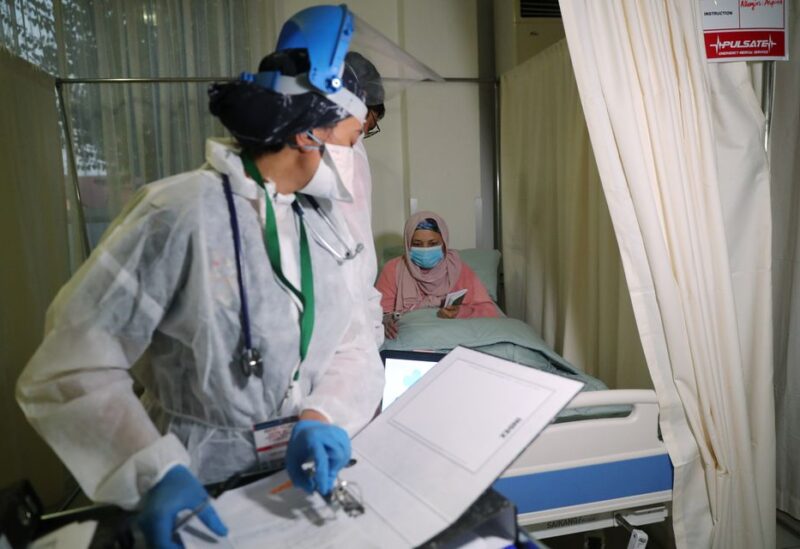 South African scientists see no sign that the Omicron coronavirus variant is causing more severe illness, they said on Friday, as officials announced plans to roll out vaccine boosters with daily infections approaching an all-time high.

Hospital data show that COVID-19 admissions are now rising sharply in more than half of the country’s nine provinces, but deaths are not rising as dramatically and indicators such as the median length of hospital stay are reassuring.

Although scientists say more time is needed to arrive at a definitive conclusion, Health Minister Joe Phaahla said the signs on severity were positive.

“Preliminary data does suggest that while there is increasing rate of hospitalisation … it looks like it is purely because of the numbers rather than as a result of any severity of the variant itself, this Omicron,” he said.

South Africa reported more than 22,000 new COVID-19 cases on Thursday, a record during the current fourth wave of infections driven by Omicron but still below a peak of more than 26,000 daily cases during a third wave fuelled by the Delta variant.

It has fully vaccinated about 38% of adults, more than in many other African countries but well short of the government’s year-end target. It recently delayed some vaccine deliveries due to oversupply as the pace of inoculations slowed.

Health department deputy director-general Nicholas Crisp said on Friday that boosters of Pfizer-BioNTech’s vaccine (PFE.N), (22UAy.DE) would be available to people six months after they had received their second dose, with the first people becoming eligible late this month.

Johnson & Johnson (JNJ.N) boosters, already available to health workers in a research study, would be rolled out to others soon, he said.

Crisp denied that offering boosters was a means of using up vaccine stock. “We do not need to consume vaccines. They are expensive and we will only use vaccines if there is evidence to do so,” he said.

The World Health Organization recommended this week that boosters should be given to people who are immunocompromised or had received an inactivated COVID-19 vaccine to protect against waning immunity. But it has said previously that administering primary doses should be the priority given that vaccination rates remain worryingly low in many developing countries.

A small study from a South African research institute this week suggested that Omicron could partially evade protection from two doses of the Pfizer vaccine, but the company and its partner, BioNTech, say a three-shot course of their vaccine can neutralise Omicron in the laboratory.

Glenda Gray, president of the South African Medical Research Council, said there were far more unvaccinated people among South Africa’s hospital admissions and the evidence was that the Pfizer vaccine was still offering protection.