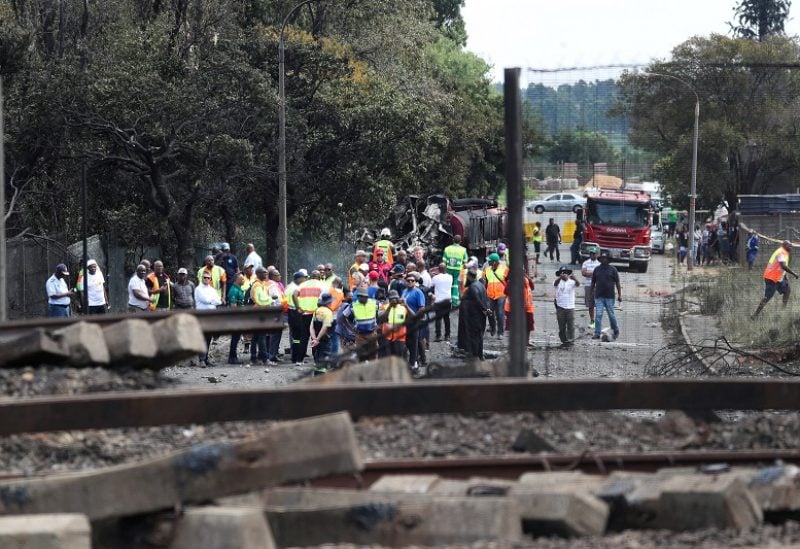 FILE PHOTO: People gather near a burnt out truck at the entrance of the damaged bridge where a gas tanker exploded in Boksburg near Johannesburg, South Africa, December 24, 2022. REUTERS/Sumaya Hisham/File Photo

“The Department of Health can confirm that the death toll from the Boksburg Explosion incident has risen to 34 as of Friday, 30 December 2022,” a statement from the department read, news agency Reuters reported.

The fatalities include 11 health workers and 23 people. The health department also said that the victims included children as young as nine. On Friday morning, a memorial service was held at the Boksburg Civic Centre which was attended by families and friends of the victims and South Africa’s health minister Joe Phaahla.

The horrific incident took place on December 24 when a truck carrying liquified petroleum gas (LPG) was stuck under a low-lying bridge, triggering a leak and an explosion that instantly killed nine people. The truck driver was earlier arrested on suspicion of culpable homicide but was released on Wednesday due to a lack of evidence.

Dozens of people sustained severe burn injuries. Earlier, authorities had said the severe nature of burns inflicted by the explosion was expected to result in a rise in the number of deaths.

Authorities have launched an investigation into the incident while South African Cyril Ramaphosa promised relief to the victims, Reuters reported.