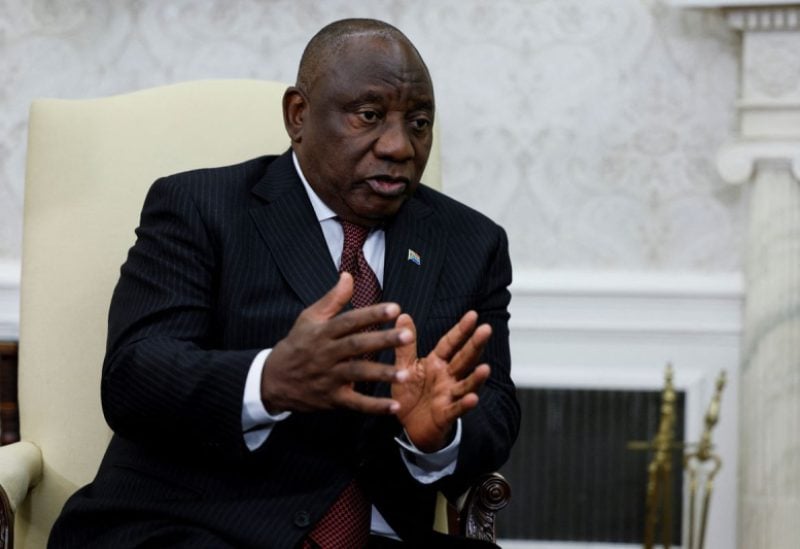 Amidst growing pressure over a new anti-corruption report that has left him facing possible impeachment, South Africa’s President Cyril Ramaphosa pulled out of a parliamentary session on Thursday.

An independent panel led by former Chief Justice Sandile Ngcobo has found him guilty of not reporting a $4 million theft at his private farm in Limpopo province in 2020.

The panel was set up in September after former intelligence chief Arthur Fraser filed a criminal complaint against Ramaphosa in June, accusing him of money laundering and covering up the theft.

Its findings were handed over to National Assembly Speaker Nosiviwe Mapisa-Nqakula on Wednesday night, and will be made public on Dec. 6.

The president cancelled multiple engagements on Thursday, including an appearance before the National Council of Provinces, the South African Parliament’s upper house, where he was scheduled to answer questions.

The National Executive Committee of Ramaphosa’s ruling African National Congress (ANC) will convene later in the day to discuss the report, according to party spokesman Pule Mabe.

The president has denied any wrongdoing, saying the money stolen from his farm was from the “proceeds from the sale of game.”

“I have never stolen taxpayers’ money. I want to reaffirm that I was not involved in any criminal conduct,” said Ramaphosa, who is seeking re-election as ANC leader later this month.

His spokesman earlier said the president would “step aside” if he was charged for the alleged criminal cover-up.

On Dec. 6, the Parliament will decide “whether the motion to impeach the president should go ahead or not,” Dirk Kotze, a political scientist at the University of South Africa, told Anadolu Agency.

“I think the ANC, which has the majority in Parliament, will vote against it,” he said.