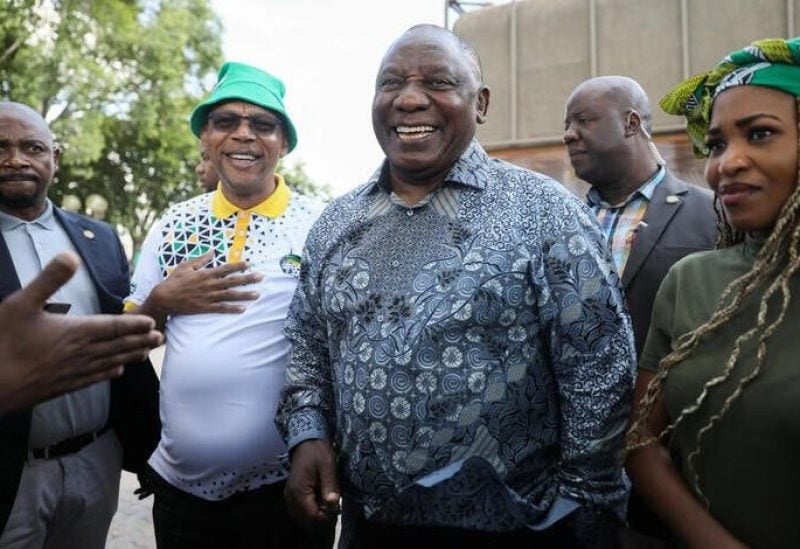 South African President Cyril Ramaphosa’s fate was in doubt on Monday, ahead of a meeting of the governing party’s executive committee to discuss allegations that he had committed misconduct and violated the oath of office.

The investigation stems from revelations that large sums of foreign currency were hidden at Ramaphosa’s private game farm and that he failed to report the money missing when it was stolen in 2020.

Ramaphosa has denied wrongdoing and has not been charged with any crimes. He has said the money stolen was the proceeds of the sale of buffaloes and far less than the millions of dollars alleged when the theft came to light in June.

Ramaphosa said on Sunday he would attend the meeting of the African National Congress National Executive Committee (NEC) and would accept its decision.

Party leaders and supporters of Ramaphosa clad in the colours of the ANC party were seen arriving at the venue of the meeting on Monday.

Having received firm backing from his allies within the party, Ramaphosa has vowed to fight on, with his spokesman saying the panel’s findings would be challenged.

Investors fear uncertainty and that any other president could slow down or reverse economic reforms and increase government spending and take on more debt at levels they deem unsustainable.

Despite the doubts raised over Ramaphosa’s integrity, he is still seen by investors at home and abroad as cleaner than any of his rivals.