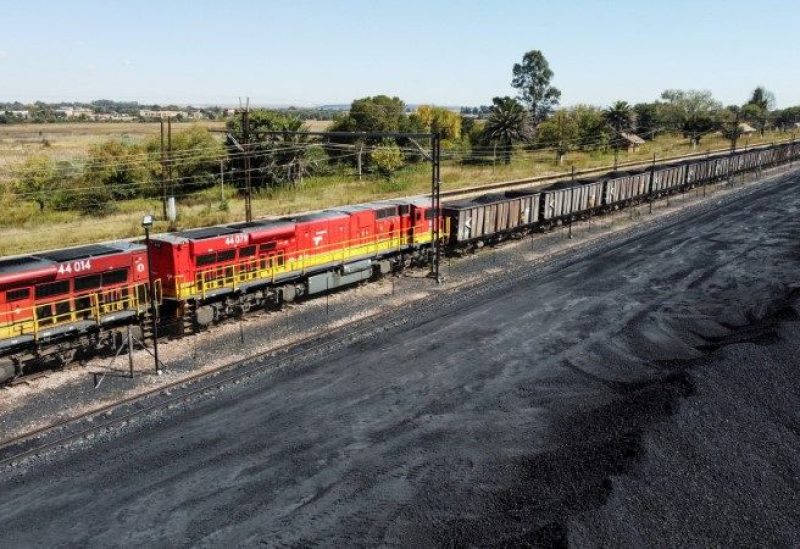 A Transnet Freight Rail train is seen next to tons of coal mined from the nearby Khanye Colliery mine, at the Bronkhorstspruit station, in Bronkhorstspruit, around 90 kilometres north-east of Johannesburg, South Africa. REUTERS/Siphiwe Sibeko

The North Corridor’s two lines, one of which was reopened on Saturday, were shut down earlier this month after a train carrying export coal derailed, according to South Africa’s state logistics company Transnet.

The logistics company said that operations have commenced and Freight Rail teams are working to clear the staged trains and backlog.

Insufficient rail capacity and poorly maintained infrastructure have been hurdles for mining companies which have been seeking to export more coal as demand surges following a European Union ban on fossil fuel imports from Russia.