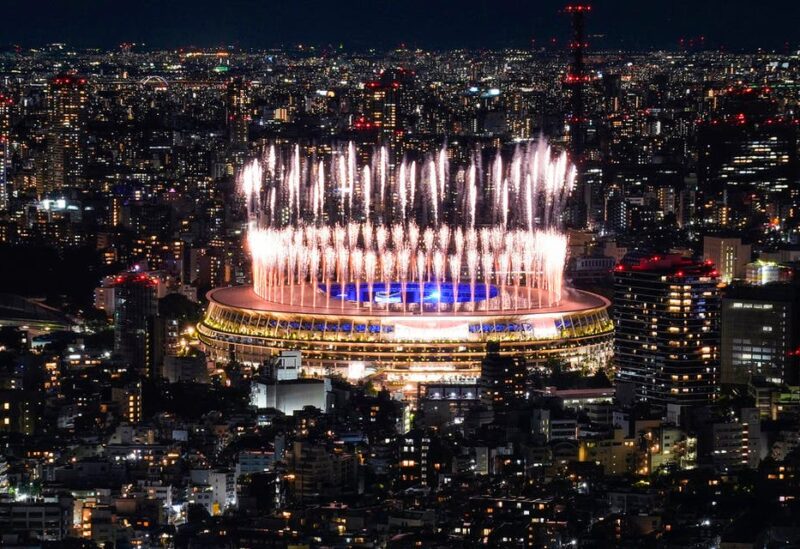 Fireworks illuminate over National Stadium during the closing ceremony of the 2020 Tokyo Olympics, Sunday, Aug. 8, 2021, in Tokyo. (AP)

Australian Olympic Committee has described the South Australia’s government’s decision not to back down on its requirement for 16 Olympians returning from Tokyo via Sydney to quarantine for a total of 28 days, as “cruel”.

The athletes were expecting to quarantine for 14 days, as all those arriving in Australia from overseas must, but the extra fortnight is a South Australia requirement for recent visitors to Sydney.

South Australia Premier Steven Marshall said he would not be granting the athletes an exemption, especially given the state’s current seven-day lockdown was the result of a resident with Covid-19 returning home after undergoing quarantine in Sydney.

“It is a tough decision but we have got to take tough decisions to protect South Australia. It is very, very tough and we feel for these athletes, but every person coming in from Sydney at the moment is required to do 14 days of quarantine.”

Marshall said the majority of the athletes would be able to isolate at home rather than in quarantine hotels but that is unlikely to appease the AOC, which has reacted with fury to the edict.

Chief executive Matt Carroll said the AOC had received assurances from the National Cabinet, the body that oversees inter-state relations, that no athlete would have to quarantine twice.

He said the AOC had applied for dispensation on the grounds that Olympians were fully vaccinated, had been tested daily and were living in a biosecure “bubble”. The AOC had been given no reason for the rejection of their application, he said.

“Our concern from the outset has been the mental and physical health of the athletes and we have respected the 14-day quarantine period,” Carroll said on Thursday.

“But without the detailed reasons, it’s very hard to understand why these athletes are being required to undergo this additional quarantine period. A reduction in the period of quarantine would be a good outcome.”

Australian Institute of Sport chief medical officer David Hughes said on Wednesday the extra quarantine period could not be scientifically justified and posed a significant risk to the physical and mental wellbeing of individuals affected.

Through a combination of strict travel and border controls and snap lockdowns, Australia has fared better than many other developed countries during the pandemic, recording fewer than 37,000 Covid-19 cases and a death toll under 1,000.