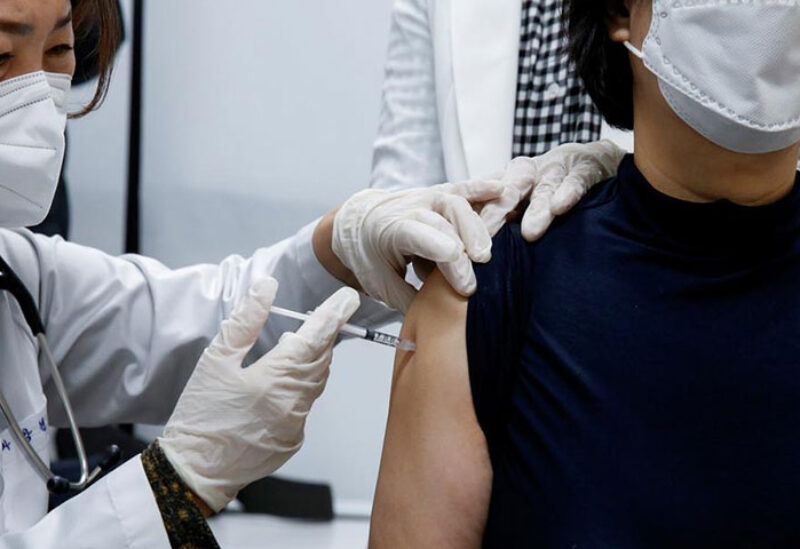 Real world data released by South Korea showed on Wednesday that one dose of COVID-19 vaccines from AstraZeneca Plc and Pfizer was 86.6 percent effective in preventing infections among people aged 60 and older.

Data by the Korea Disease Control and Prevention Agency (KDCA) showed the Pfizer-BioNtech vaccine, was 89.7 percent effective in preventing infection at least two weeks after a first dose was given, while the AstraZeneca shot was 86 percent effective.

Its analysis is based on more than 3.5 million people in South Korea aged 60 and older for two months from Feb. 26 and included 521,133 people who received a first dose of either Pfizer or AstraZeneca shot.

There were 1,237 COVID-19 cases in the data and only 29 were from the vaccinated group, the KDCA said.

“It is shown that both vaccines provide a high protection against the disease after the first dose. (People) should get full vaccinations according to recommended schedule, as the protection rate will go up further after a second dose,” it said.

The findings come as South Korea seeks to drum up participation in its immunization drive after reports about potential safety issues discouraged some people from getting vaccinated.

“Around 95 percent of people who died from the coronavirus in our country were senior citizens aged 60 or older, and the vaccines will sharply lower risks for those people,” health ministry official Yoon Tae-ho told a briefing on Wednesday.

Yoon said the possibility of side effects including blood clotting are “extremely low” and they are mostly curable.

South Korea has so far vaccinated 6.7% of its 52 million strong population, but has set an ambitious target of giving shots to 70% of its people by September and reaching herd immunity by November.

Starting on Wednesday, South Koreans who are fully vaccinated and show a negative COVID-19 test and no symptoms will be exempted from the two-week mandatory quarantine upon their return from overseas travel, to encourages more vaccinations.