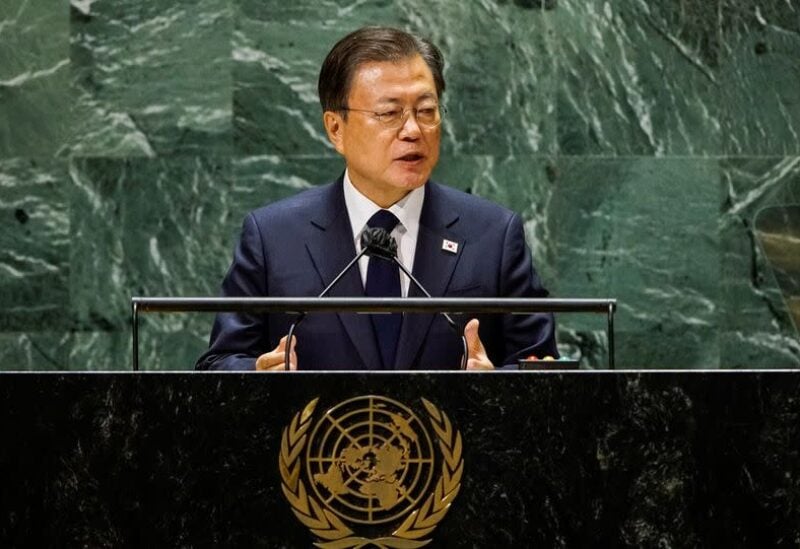 President Moon Jae-in of South Korea spoke to the United Nations General Assembly on Tuesday, renewing his push for a declaration formally ending the 1950-1953 Korean War.

In an address to the international body’s annual session, Moon said, “I once again urge the community of nations to mobilize its strengths for the end-of-war declaration on the Korean Peninsula.”

North Korea had long desired a formal conclusion to the Korean War to replace the armistice that ended hostilities but left North Korea and the US-led United Nations Command officially at war.

Moon has claimed that such a proclamation would encourage North Korea to give up its efforts to denuclearize, despite the fact that he has been engaged in attempting to engage with the country during his administration. Pyongyang must first give up its nuclear weapons, according to Washington.

On Tuesday, US President Joe Biden addressed the United Nations General Assembly, saying that the US was seeking “serious and persistent diplomacy to accomplish the full denuclearization of the Korean Peninsula.”

“We seek concrete progress toward an available plan with tangible commitments that would increase stability on the Peninsula and in the region, as well as improve the lives of the people in the Democratic People’s Republic of Korea,” he said, using North Korea’s official name.

North Korea has brushed off U.S. calls for a return to dialogue and the head of the U.N. atomic watchdog said this week that Pyongyang’s nuclear program is going “full steam ahead.”