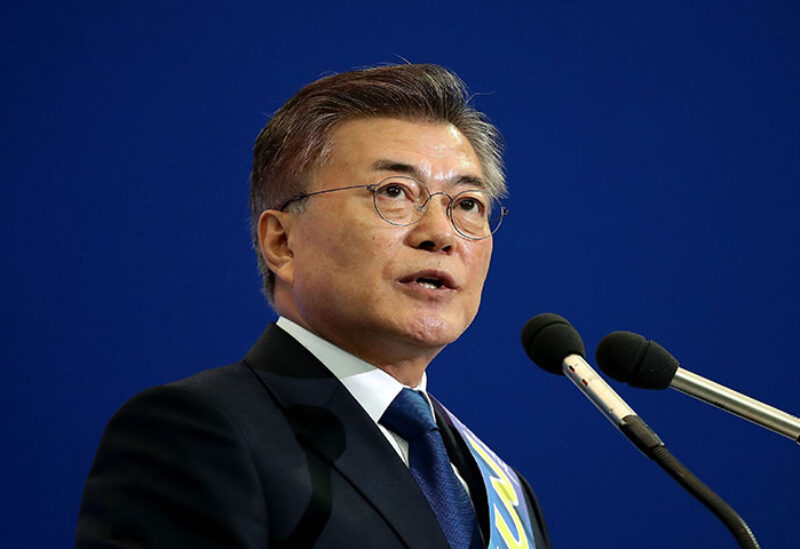 South Korean President Moon Jae-in pledged on Monday to spend his final months in office to fight for a diplomatic breakthrough with North Korea, despite Pyongyang’s public quiet over his efforts for a declaration of peace between the two countries.

“Until the conclusion of my five-year term, the administration will seek normalization of inter-Korean ties and an irreversible route to peace,” Moon said in his final New Year’s address before his five-year tenure expires in May. “I hope that discussion attempts will continue in the future government as well.”

North Korean leader Kim Jong Un made no mention of Moon’s requests for a declaration officially ending the 1950-1953 Korean War, or of delayed denuclearisation negotiations with the US in his New Year’s Eve address.

During a flurry of negotiations in 2018 and 2019, Moon held multiple summits with Kim, including one in Pyongyang, before talks stalled due to disagreements over international demands that the North surrender its nuclear arsenal, as well as Pyongyang’s call for Washington and Seoul to ease sanctions and drop other “hostile policies.”

Moon is pressing for a “end of war declaration” to relaunch the stalled talks, and his government has hinted at backchannel talks.

However, North Korea has not openly replied to the current provocation, and the US has stated that it supports the plan but may differ with the South on its timing.

“There is still a long way to go,” Moon said, but emphasized that if inter-Korean ties improve, the world community will follow.

Moon stated that his outreach to North Korea was made possible by a significant military buildup that made South Korea safer.

“On solid security, peace is conceivable,” he remarked.

The COVID-19 pandemic overshadowed the conflict with North Korea, as Pyongyang imposed an unprecedented state of emergency on the nation and Moon faced internal pressure to contain the first large coronavirus epidemic outside of China in early 2020.

South Korea has adopted intense tracking and tracing, as well as social distancing measures and a late but complete vaccine effort, to keep overall cases and fatalities low by worldwide standards.