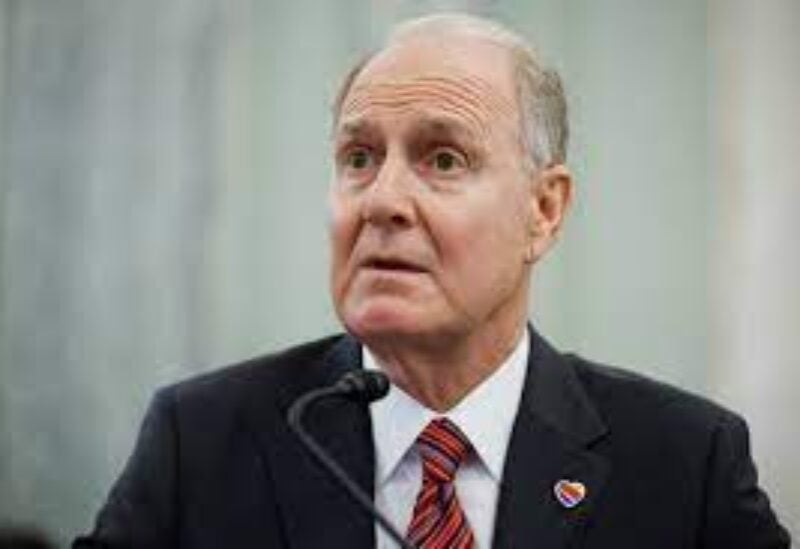 Southwest said Friday that CEO Gary Kelly tested positive for COVID-19 after testifying before a Senate committee on Wednesday.

Kelly testified alongside the CEOs of United Airlines and American Airlines, as well as a top Delta Air Lines executive and the leader of a flight attendants union, during a Senate Commerce Committee hearing. Kelly garnered attention during the session when she questioned the health benefits of aircraft masks.

Both John Laughter, Delta’s chief of operations, and Scott Kirby, United’s CEO, have tested negative, according to airline officials.

Southwest said that although testing negative multiple times prior to the hearing, “Kelly tested positive for COVID-19 after returning home, experiencing mild symptoms, and taking a PCR test.”

The airline said Kelly, who is fully vaccinated and received a booster “is doing well and currently resting at home.” It added his “symptoms continue to be mild, and each day he is moving closer to a full recovery.”

Kelly is set to step down next year as chief executive.

Sara Nelson, president of the Association of Flight Attendants-CWA, said Kelly advised her he tested positive “just as I was returning to work after getting the booster shot. I am following CDC protocols and will test several times within the 5-7 day recommended period, and before traveling with my family for the holidays.”

Southwest confirmed Kelly’s positive test after Reuters learned of it through other officials. Kelly did not wear a mask during the hearing and questioned the health benefit of masks on airplanes.

“I think the case is very strong that masks don’t add much if anything in the air cabin environment — it’s very safe, very high quality compared to any other indoor setting,” Kelly said.

Earlier this month, the Biden administration extended the federal mandate on masks on airplanes and other transit modes through March 18.