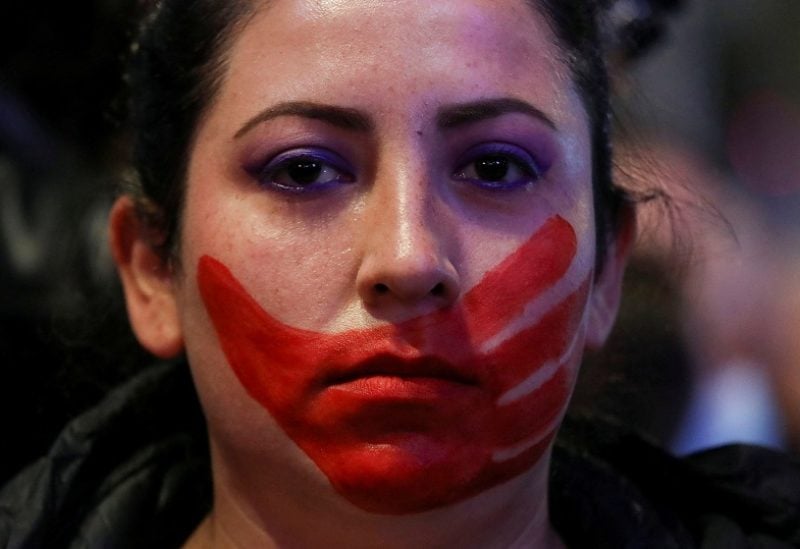 A demonstrator with a red paint on her face attends a protest to mark the International Day for the Elimination of Violence against Women in Madrid, Spain, November 25, 2022. REUTERS/Violeta Santos Moura TPX IMAGES OF THE DAY

The Spanish media reported late on Friday, that the streets in Madrid and Barcelona saw thousands of protesters participating in a march to mark the International Day for the Elimination of Violence against Women.

During the protest march on Friday evening, many women wore purple as they walked down the Gran Via in the center of Madrid. The women carried placards that read: ”no is no, anything else is rape” and “we women are not goods.” The protesters also chanted “only yes means yes.”

Some of the protesters also demanded the resignation of Irene Montero, Spain’s Equality Minister, who steered a new controversial law, known as the “only yes means yes” law.

As a result of gender violence, as many as 1,171 women have died in Spain since 2003, according to the country’s Ministry of Equality. This year, 38 women have been murdered so far.
“I’ve come here because of the problem of gender violence, because of all the deaths that are occurring, the mistreatment of women…,” Susana Rita who is a teacher and Madrid resident, told Reuters.

On Friday, Spain’s Prime Minister Pedro Sanchez called out men, urging for them to respect women.

“Male violence is a tragic reality that shames us every day,” he said.
The new “only yes means yes” law was established after the 2016 La Manada or “wolf pack” case, when five men raped an 18-year-old woman in Pamplona.

As per the new law, any non-consensual sex will be classified as rape. However, the new law also establishes lower minimum sentences for certain sexual crimes.

The protests in Madrid and Barcelona come after at least 11 convicted sexual abusers recently had their prison terms reduced while five were released after the enactment of the new law, according to Europa Press news agency.