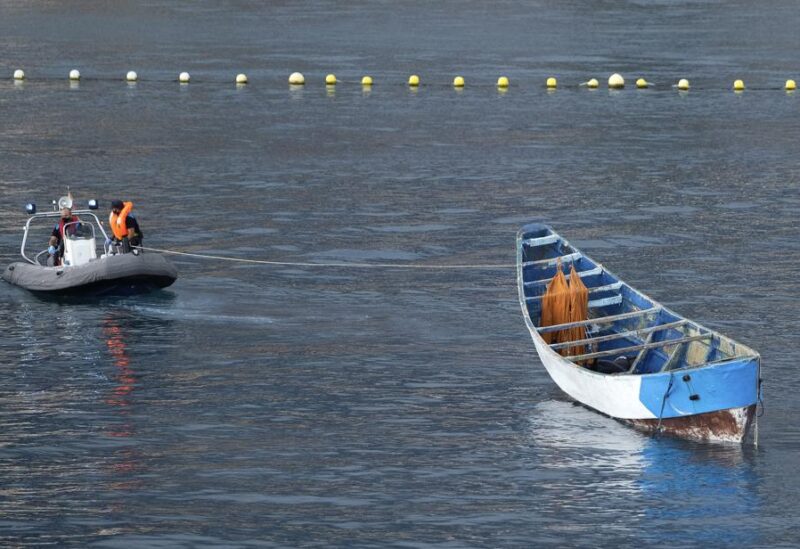 BARCELONA, Spain: The bodies of 24 sub-Saharan migrants, among them two minors, who are believed to have died of thirst and hunger as they tried to cross from the west coast of Africa to the Canary Islands, were brought to land by Spain’s Maritime Rescue Service Wednesday evening.

Their wooden boat was first spotted by a Spanish Air Force plane drifting in the Atlantic Ocean some 490 kilometers (304 miles) from the island of El Hierro on Monday.

Only three people on board were still alive but barely moving according to rescuers. Two men and one woman were airlifted in serious condition by a military helicopter to the island of Tenerife and were hospitalized, the Spanish government delegation in the Canary Islands said.

According to Spanish Air Force rescuers speaking to local television, survivors reported they had spent 22 days at sea.

The deadly Atlantic sea journey from the Western coast of Africa to the Spanish archipelago has become a major route for migrants and asylum-seekers fleeing conflict, violence and economic hardship exacerbated by the coronavirus pandemic. Depending on the point of departure along the coast of West Africa, migrant boats have to navigate anywhere from 400 to 1,500 kilometers (250 to 940 miles) to reach the European Islands, and often run out of food, water and fuel before reaching their destination.

Some 4,300 migrants and refugees have reached the Canaries so far this year while 90 people, including women and children, are known to have perished along the way, the U.N.’s migration and refugee agencies said in a joint statement Wednesday.

In 2020 at least 849 people died or went missing trying to reach the Canaries, while 23,000 reached their destination, according to IOM’s Missing Migrants Project. The true death toll, however, is believed to be much higher, the agency admits.