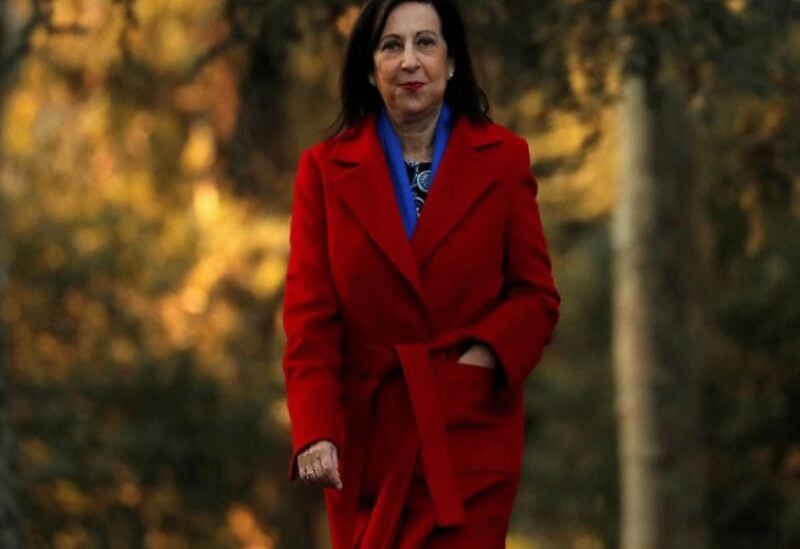 Spain has sent warships to join NATO naval forces in the Mediterranean and the Black Sea as tension in the region rises over the Russian military build-up on the Ukrainian border, Defence Minister Margarita Robles said on Thursday.

A mine-sweeper is already en route and a frigate will sail within three or four days, Robles told reporters. The Madrid government is also considering sending fighter jets to Bulgaria, she said.

“Russia cannot tell any country what to do, so NATO will protect and defend the sovereignty of any country that can or wants to join NATO,” she said.

Spain’s preference was for an “exclusively diplomatic response” to resolving the conflict, she added.

The Spanish contribution to the NATO military deployment in eastern Europe comes after Foreign Minister Jose Manuel Albares and U.S. Secretary of State Antony Blinken discussed a coordinated response to the threat to Ukraine from Russia at a meeting in Washington on Tuesday.

Russia has massed tens of thousands of troops on its borders with Ukraine and Western states fear Moscow is planning a new assault on a country it invaded in 2014.

The Kremlin denies it is planning an attack but says it could take unspecified military action if a list of demands are not met, including a promise from NATO never to admit Ukraine as a member.

Western officials, diplomats and former officials told Reuters this week that NATO – created in 1949 to deter the Soviet threat – was obliged to consider reinforcements that go against Putin’s demand that the alliance must not expand further eastwards.

Denmark said it was sending a frigate to the Baltic Sea this week and French President Emmanuel Macron has offered to send troops to Romania. Further troop decisions could be made as early as a NATO summit in Madrid in June, diplomats and officials said.