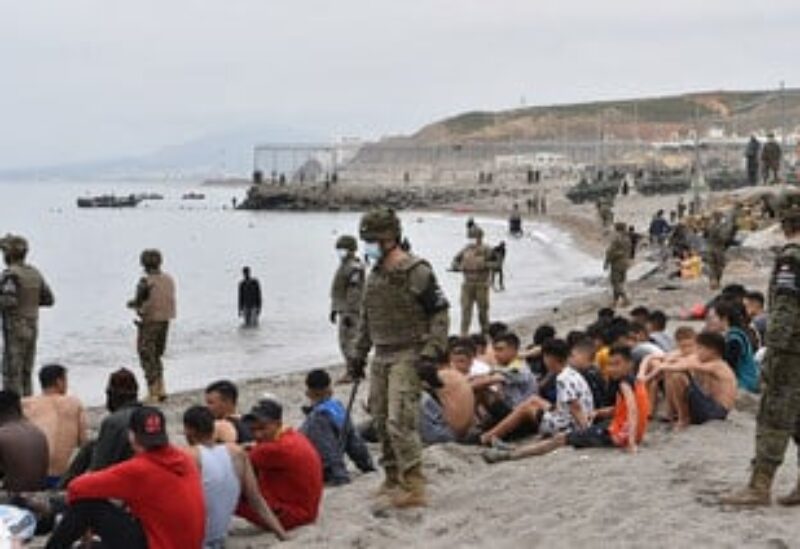 Hundreds of Moroccan adolescents who came into Spain’s North African enclave of Ceuta in May were sent back to Morocco on Friday after striking an agreement with Rabat, according to Spanish media, marking a thaw in relations after a long standoff.

The youngsters were already being moved to Morocco in small groups, according to sources in Ceuta, using vans from a sports complex that had been transformed into a makeshift receiving center.

Neither officials at the foreign and interior ministries, nor at the Ceuta regional administration were immediately available.

Morocco and Spain have been involved in a dispute sparked by Spain admitting Western Sahara independence movement leader Brahim Ghali for medical treatment without informing Rabat, which led to a migration crisis in Ceuta.

Most of some 10,000 migrants who crossed into Ceuta were immediately returned to Morocco, but some 700 unaccompanied minors remained in the enclave.

The influx was widely seen as retaliation for Spain’s decision to discreetly take in Ghali, who returned to Algeria in June after spending more than a month in hospital in Spain. Morocco regards Western Sahara as part of its own territory.

The Algeria-backed Polisario seeks an independent state in the territory, where Spain was colonial ruler until 1975.