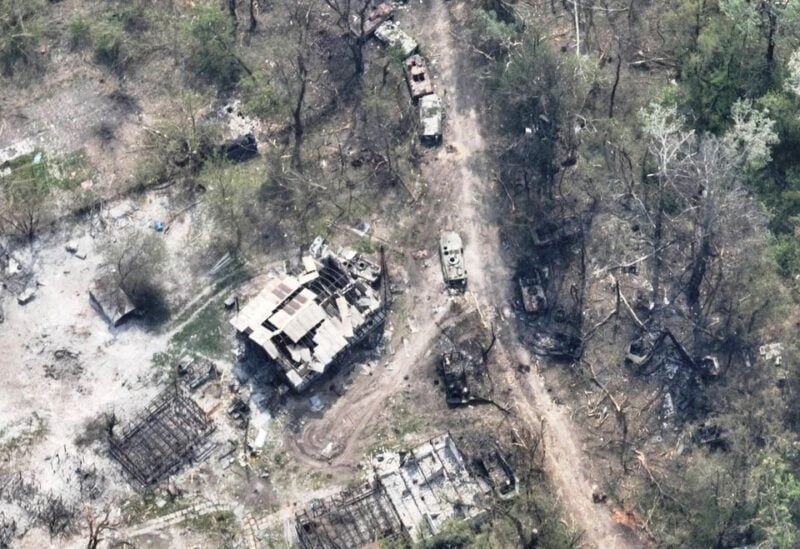 An aerial view of destroyed buildings and burnt vehicles on the banks of Siverskyi Donets River, eastern Ukraine, in this handout image uploaded on May 12, 2022. Ukrainian Airborne Forces Command/Handout via REUTERS

According to official sources reported by daily El Pais on Sunday, Spain will equip Ukraine with anti-aircraft missiles and Leopard combat tanks as part of an increase in military assistance to the nation.

Spain will also supply the Ukrainian military with critical tank training. It would take place in Latvia, where the Spanish Army has deployed 500 troops as part of NATO’s Enhanced Advanced Presence mission.

According to El Pais’ sources, a second phase of training might take place in Spain.

According to the article, Spain’s defense ministry is nearing completion of the transfer of low-level Shorad Aspide anti-aircraft missiles to Kyiv, which the Spanish Army has replaced with a more modern system.

So far, Spain has given ammunition, personal protective equipment, and light weaponry.