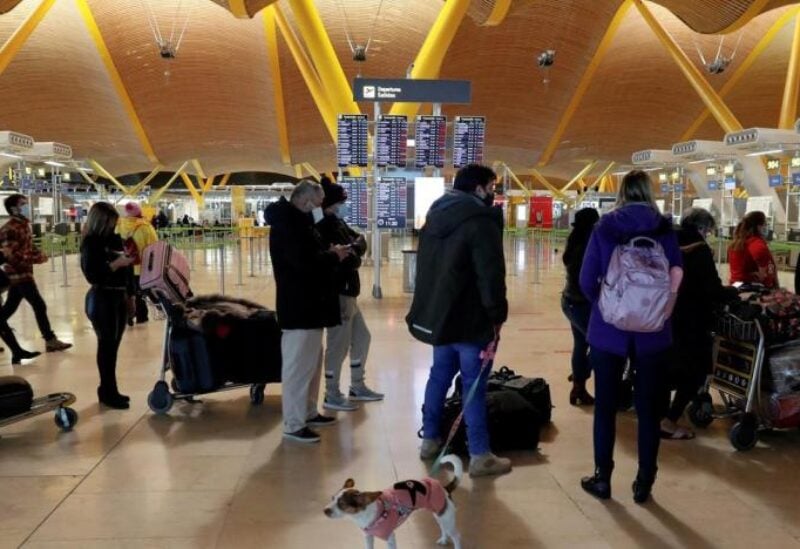 Passengers wait for news about their flights at Adolfo Suarez Barajas airport, which suspended flights due to heavy snowfall in Madrid, Spain, January 9. Reuters

Madrid said Wednesday it was working to help repatriate some 3,000 Spanish tourists who are stranded in Morocco after it suddenly imposed a blockade on passenger flights to Spain because of the pandemic.

The Moroccan government announced on Monday that all passenger flights to and from Spain and France would be suspended from midnight Tuesday to contain the spread of the virus.

“This is another example of how we have to be extremely responsible with our trips at this moment,” Spanish Foreign Minister Arancha Gonzalez Laya told Onda Cero radio.

“At a time of so much uncertainty at borders and regarding rules to enter other countries, it is best to abstain from travel, that is what is most prudent,” she was quoted as saying by AFP.

The government is looking into ways to help Spaniards who are affected by the flight ban to get home, the minister added, without giving details.

The flights ban comes during Easter week, a peak travel period in Spain as Thursday and Friday are holidays in much of the country.

Morocco is one of Africa’s most popular tourist destinations, welcoming 13 million foreign tourists in 2019, according to the United Nations World Tourism Organization.