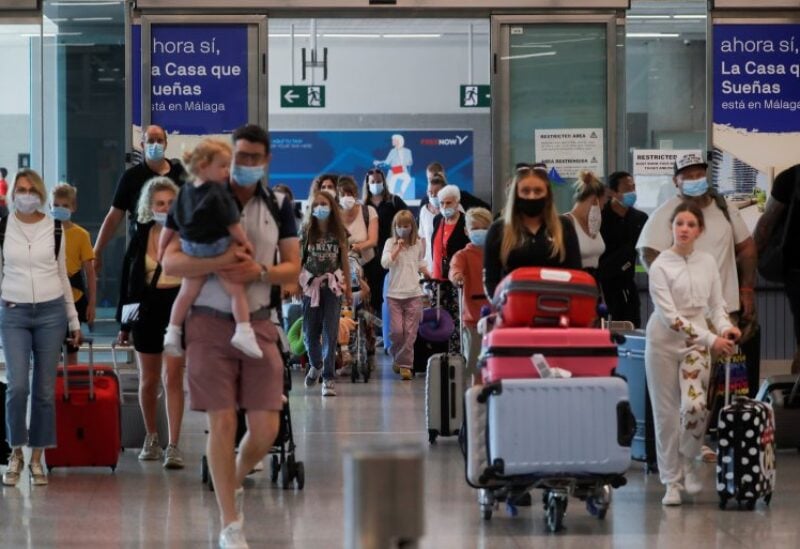 Flight bookings to Spain have climbed fourfold since July 8, when Britain announced the end of a 10-day quarantine for returning vaccinated tourists from July 19, although remaining much below 2019 levels, according to an airline industry organization.

In a roller-coaster tourist season, Germany and France have already advised their citizens against travelling to Spain, where a steep rise in COVID-19 cases has pushed some Spanish regions to reimpose curfews.

The 14-day infection rate rose to 600 per 100,000 people on Monday from 537 on Friday, health ministry data showed. Spain also reported 23 deaths since Friday, bringing the coronavirus death toll to 81,119.

Still, deaths and hospitalizations have been lower than in previous waves thanks to a high rate of vaccination, which reached half of the population on Monday.

Businesses that depend on tourism, including a pharmacy on the island of Gran Canaria where Patrizia Abate works, are still cautious about prospects after some countries reimposed restrictions.

“We feel sorry for the Dutch, who we don’t see at the moment anymore, but we are seeing an improvement in German arrivals compared to June. And let’s see if the British start to improve business. We are hoping for it,” Abate said.

More than 2.3 million passengers arrived in Spain in June 2021 from international airports, the highest figure since the beginning of the pandemic. The number was still down 76% from June 2019, however.

“People have to get on with their lives and make their own decisions, especially if you have been vaccinated… with precautions but, you know, sensible,” said Tilly, a tourist who had just arrived in Malaga from England.