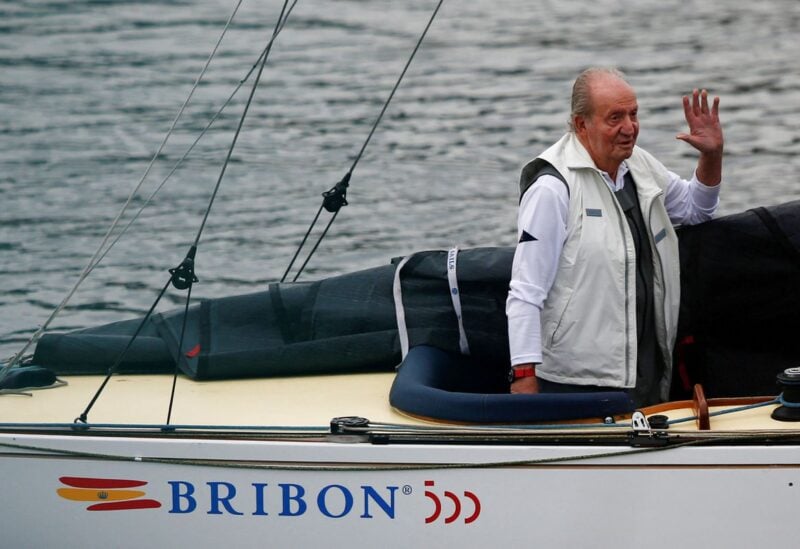 Former Spanish King Juan Carlos waves at people in his boat during a sailing regatta at Sanxenxo Sailing Club in Sanxenxo, Spain, May 21, 2022. REUTERS/Pedro Nunes/File Photo

Juan Carlos, the former king of Spain, will interrupt his self-imposed exile in Abu Dhabi to go to Queen Elizabeth’s funeral.

The Spanish Royal House announced on Monday that Juan Carlos and his wife have informed the British Foreign Office of their intention to accept the invitation to the funeral on September 19.

The former monarch left Spain for Abu Dhabi in August 2020 after prosecutors started looking into allegations of fraud in Spain and Switzerland. The investigations were later dropped due to insufficient evidence and the statute of limitations. Juan Carlos has declined to comment on the various allegations of wrongdoing.

Juan Carlos could also face trial in Britain in a harassment case brought against him by his former lover, Corinna zu Sayn-Wittgenstein. He has strongly denied the allegations.

Once revered for his role in the country’s transition to democracy, the popularity of the former king fell drastically after a series of scandals. He abdicated in 2014 and now keeps his permanent residence in the Gulf state.