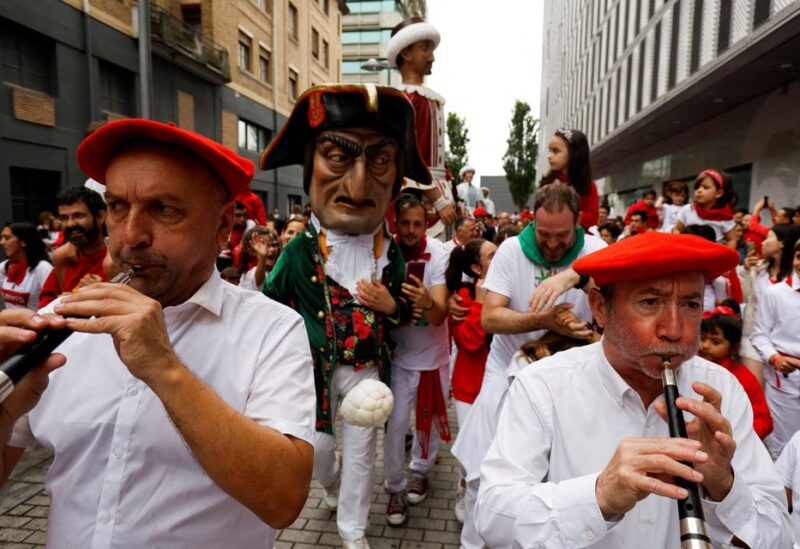 The first San Fermin bull-running festival since the COVID-19 pandemic struck on Wednesday, with thousands of revelers dressed in white and red scarves filling the streets of Pamplona, Spain, was ignited by the crackling of a firecracker.

The red wine and sangria that are served freely during the eight-day festival, which was made famous by Ernest Hemingway’s book “The Sun Also Rises,” did not deter the crowd of people crammed into the northern city’s Townhall Square, who were in good spirits despite the light rain.

The annual event was cancelled in 2020 and 2021 due to coronavirus restrictions. Animal rights groups want it banned for good.

“I’ve been to San Fermin many times before, but this is very different, people have missed the celebration, they are happy to be with their families, happy to be without the masks, they just wanna feel alive and enjoy the sunshine,” said Michelle Rene, 45, of San Francisco.

Added Pablo Cortes, a tourist from Hawaii who, like Rene, was watching the “Chupinazo” opening ceremony from a balcony: “The energy is awesome – this is the greatest party, the greatest thing I’ve ever seen in my life.”

Many participants drink and dance all night.

The runs, during which six purpose-bred fighting bulls chase runners through the narrow streets of Pamplona’s Old Quarter over a stretch of 800 metres (0.5 mile), will start on Thursday and continue for a week, including the weekend, when they are usually the most dangerous because of larger crowds.

There are eight runs in total, and usually each lasts between three and five minutes. They end at the bullring, where the animals are corralled before reappearing in the evening bullfight, when they are killed.

The festival is dangerous for the humans too. At least 16 runners have lost their lives down the years, the last casualty being a man gored by a bull in 2009.