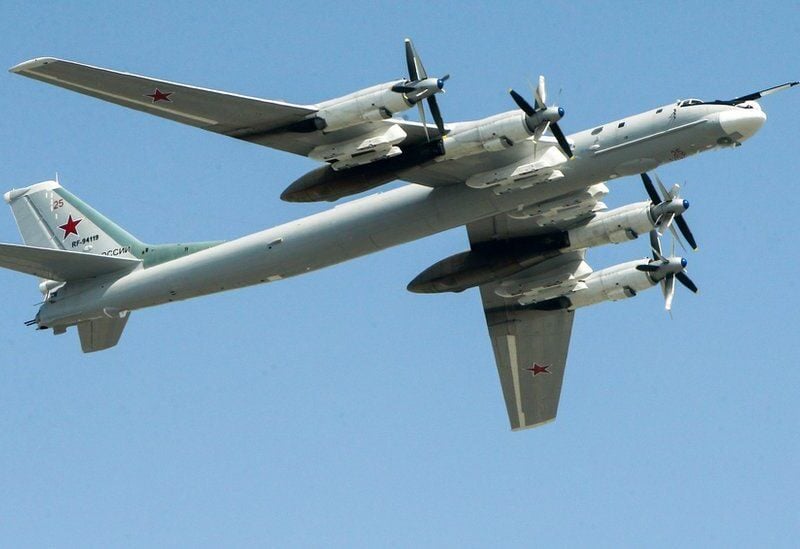 During a joint news conference between Lithuanian President Gitanas Nauseda and Spanish Prime Minister Pedro Sanchez at an airbase, Spanish jets took to the air to tackle Russian jets in the Baltic skies, which led to halting the press conference.

The two leaders were speaking with Eurofighter Typhoon in the background in Lithuania when the incident occurred in real-time.

The press conference had to be cut short as Lithuanian pilots began running towards their plane. President Nauseda and PM Pedro Sanchez were led away by officials to make way for the jets as it took off.

Lithuanian army said later that Spanish jets took off after a military jet had taken off from Russia’s Kaliningrad region. The Spanish jets were based in Lithuania on a NATO mission.

After the press conference resumed, PM Sanchez said: “We have seen a real-life case of what happens and precisely it justifies the presence of Spanish troops with the seven Eurofighters in Lithuania.”

Sánchez added that the press conference was interrupted by a “real call” while confirming that the fighter jets took off in less than 15 minutes.

“Thanks to Pedro (Sánchez), we have really seen how our air policing mission works,” the Lithuanian president added.

Lithuania does not have a fighter jet of its own and depends on NATO for its air security.

Lithuanian defence minister Arvydas Anusauskas said that an alarm had gone off at the Siauliai airbase where the two leaders were holding a press conference.