Speeding up vaccinations will lead Italy out of crisis: PM 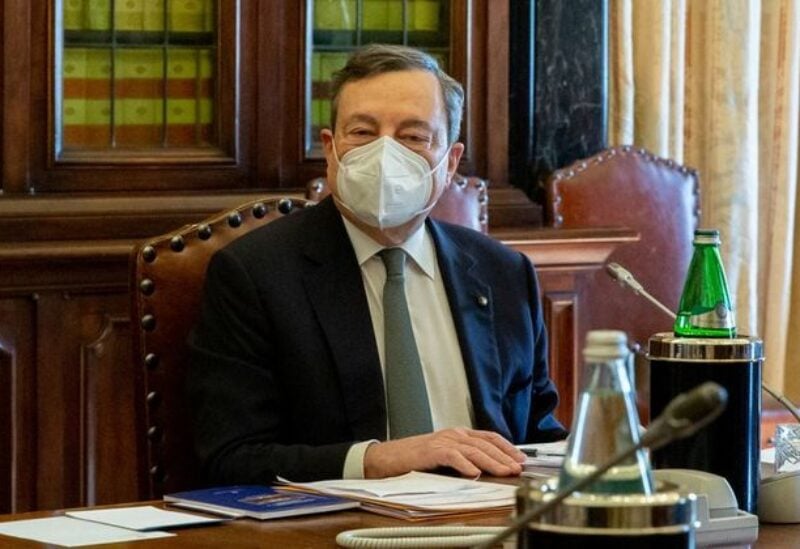 FILE PHOTO: Italy's Prime Minister designate Mario Draghi looks on during the second round of his talks on forming a new government, in Rome, Italy, February 9, 2021.

Speeding up Italy’s inoculation drive will enable the country to overcome the COVID-19 crisis, Prime Minister Mario Draghi said on Monday, noting that his cabinet would do whatever was necessary to protect lives.

“The pandemic is not yet over, but with the acceleration of the vaccine plan, a way out is not far off,” Draghi said in a speech to mark international women’s day, his first such public address since taking office last month.

Italy is poised to become the seventh country in the world to register more than 100,000 coronavirus-related deaths, and health officials have cautioned that the country faces a third wave of infections as a more contagious variant of the virus gains ground.

“We are all facing a new worsening of the health emergency these days,” Draghi said.

“Our task, and I am referring to all the institutions, is to safeguard the lives of Italians by all means possible and to allow a return to normality as soon as possible. Every life counts,” he added.

Since taking charge of the country at the head of a broad government of national unity, the premier has looked to expedite vaccinations and has put pressure on pharmaceutical companies to honor their contracts and make up supply shortfalls.

Italy, which has a population of nearly 60 million, had administered 5.41 shots of vaccines as of early Monday, with 1.65 million people receiving the recommended two doses.

Draghi has suggested that first jabs should take precedence rather than stockpiling supplies for eventual second doses.