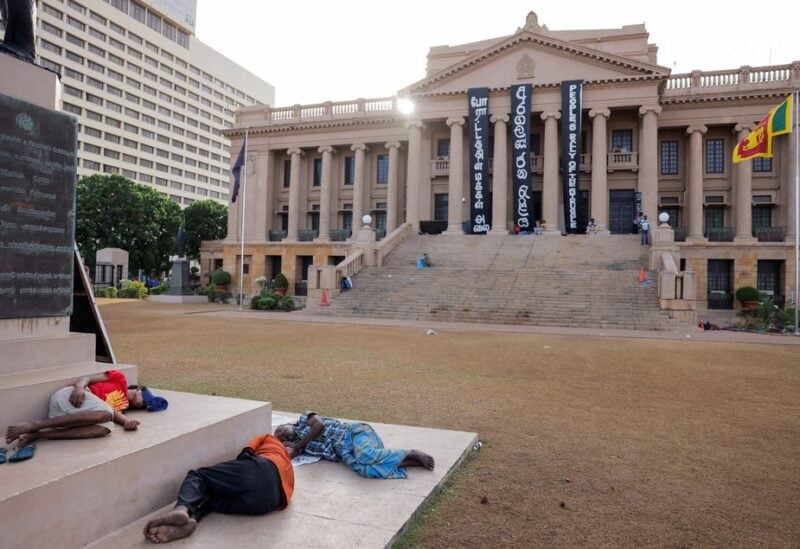 The parliament of Sri Lanka was scheduled to convene in order on Saturday to begin the process of electing a new president as a supply of petroleum arrived to help the country in its time of need.

After fleeing to Singapore to escape anti-government protestors who had taken over his official mansion and offices, parliament on Friday accepted the resignation of the former president, Gotabaya Rajapaksa.

Lawmakers are scheduled to elect a new president within a week, with six-time prime minister Ranil Wickremesinghe, an ally of the Rajapaksas who is the sole representative of his party in parliament, sworn in as acting president until then.

Wickremesinghe, who protesters want gone too, was selected as the ruling party’s candidate for president on Friday, leading to the prospect of further unrest should he be elected.

Street protests over Sri Lanka’s economic meltdown simmered for months before boiling over a week ago when hundreds of thousands of people took over government buildings in Colombo, blaming the Rajapaksa family and allies for runaway inflation, shortages of basic goods, and corruption.

Days-long fuel queues have become the norm in the island nation of 22 million, while foreign exchange reserves have dwindled to close to zero and headline inflation hit 54.6% last month.

Sri Lanka received the first of three fuel shipments on Saturday, Energy Minister Kanchana Wijesekera said. These are the first shipments to reach the country in about three weeks.

A second diesel consignment will also arrive on Saturday, with a shipment of petrol due by Tuesday.

“Payments completed for all 3,” the minister said in a tweet.