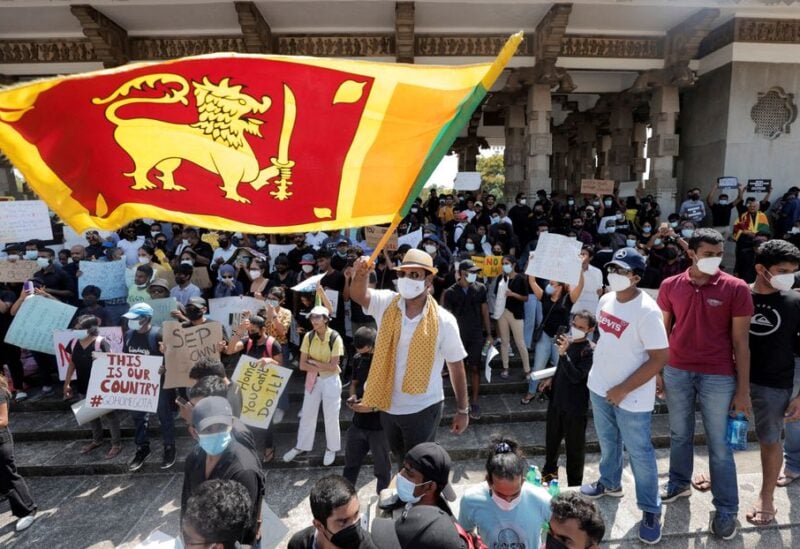 As protestors continued to call on the president and his influential family to resign over the country’s economic woes, Sri Lanka’s prime minister stated Tuesday that the constitution will be rewritten to limit presidential powers and empower Parliament.

The power transfer, Prime Minister Mahinda Rajapaksa said Parliament, will be one of the immediate moves that may be made to politically stabilize the country and aid talks with the International Monetary Fund on an economic recovery plan.

“While looking for solutions to the economic problems, it is important that we have political and social stability in the country,” Rajapaksa said, adding that reverting to a constitutional status with more powers to Parliament will be start to the reforms.

President Gotabaya Rajapaksa, who is the prime minister’s brother, concentrated more powers in the presidency on being elected to the office in 2019.

Thousands of protesters were occupying the entrance to the president’s office for a 11th day Tuesday, holding him responsible for the economic crisis.

President Rajapaksa on Monday admitted that he made mistakes like delaying going to the IMF for help and banning agrochemicals with the aim of converting Sri Lanka’s agriculture to fully organic, leading to the crisis.

However, both the president and prime minister have refused to step down, resulting in a political impasse. Opposition parties have rejected the president’s offer to join a unity government, but they are unable to hold a majority in Parliament and form a new government.

In a Cabinet reshuffle Monday, the president appointed many new faces and left out four family members who held Cabinet and non-Cabinet ministries in what seemed an attempt to please the protesters without giving up his family’s grip on power.

The Rajapaksa brothers are likely to retain their same grip on power even if the constitution is amended, since they hold both offices.

Sri Lanka is on the brink of bankruptcy, with nearly $7 billion of its total $25 billion in foreign debt due for repayment this year. A severe shortage of foreign exchange means the country lacks money to buy imported goods.

People have endured months of shortages of essentials like food, cooking gas, fuel and medicine, lining up for hours to buy the very limited stocks available.

Last week, the government said it was suspending repayment of foreign loans pending talks with the IMF. Finance Minister Ali Sabry and officials left for talks with the IMF on Sunday. The IMF and World Bank are holding annual meetings in Washington this week.

Sri Lanka has also turned to China and India for emergency loans to buy food and fuel.