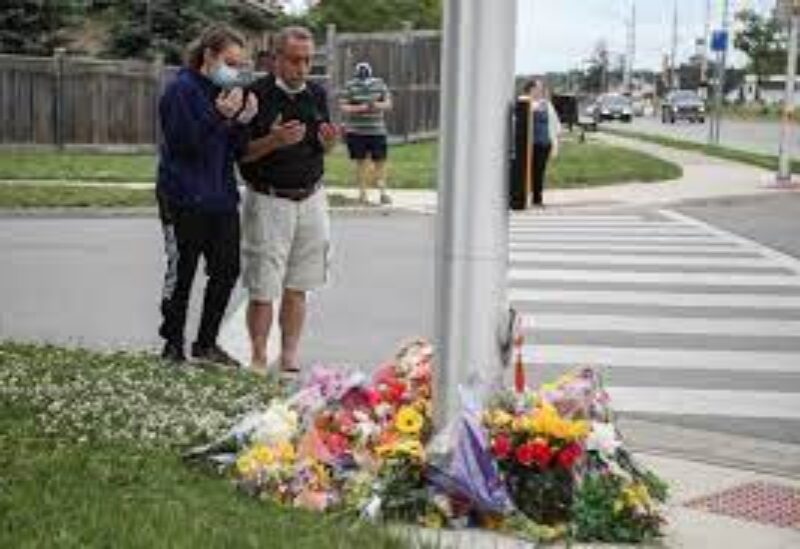 After police stated the suspect was fuelled by hate, relatives of a Canadian Muslim family killed when a man hit them with his pick-up truck on Sunday called on the larger community to stand up to racism and Islamophobia.

Salman Afzaal, 46, his wife, Madiha Salman, 44, their 15-year-old daughter, Yumnah Afzaal, and Afzaal’s 74-year-old mother, whose name has not yet been disclosed, were the four family members killed.

Fayez Afzaal, their 9-year-old son, is in the hospital with critical but non-life-threatening injuries.

A 20-year-old suspect is in police custody and has been charged with murder. In a statement on Tuesday, the family contradicted the initial police appraisal that he was not a member of any hate group and had no accomplices.

“The young man who perpetrated this act of terror was encouraged by a group with which he was involved, and the rest of the community must take a strong stand against this,” the family stated in a statement.

“We must stand up to bigotry and Islamophobia in our communities and across the political spectrum,” the statement said.

According to witnesses, Nathaniel Veltman, 20, hopped the curb in his car and collided with five members of the family. Veltman was charged with four counts of first-degree murder and one count of attempted murder despite having no prior criminal record. After being remanded to custody on Monday, he is due back in court on Thursday.

The incident was described by the family as “brutal” and “horrific,” with the children both being top students and their parents excelling in their industries.

“Everyone who knew Salman and the rest of the… family recognized what a model Muslim, Canadian, and Pakistani family they were. They were constantly donating and participating in the spread of goodwill “It was stated.

The family has chosen to grieve in privacy and has declined to talk further.

Since a man gunned down six members of a Quebec City mosque in 2017, this was the worst attack against Canadian Muslims.