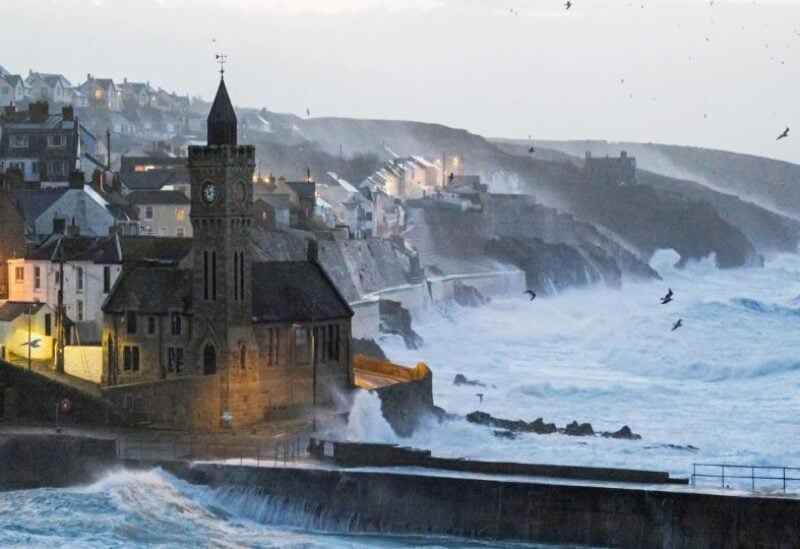 With gusts of up to 100 miles per hour, an Atlantic storm slammed England and Ireland on Friday, prompting warnings from the British weather service that Storm Eunice may create considerable disruption, tear off roofs, and hammer London.

Eunice, which started in the middle Atlantic and was sped up by the jet stream from the Azores to Europe, has dangerously high wind speeds, according to the British Meteorological Office.

The storm made impact in Cornwall, where waves slashed the coast and sent plumes of spray over the roofs of homes, according to Reuters photos.

“Storm Eunice will bring severe gusts in what might be one of the most significant storms to hit the UK in a few years,” warned Met Office Chief Meteorologist Frank Saunders.

“The red alert area signifies a substantial risk of life due to exceptionally strong winds that could cause structural damage and flying debris.”

Gusts of flying debris, according to the Met Office, could endanger lives, blow off roofs, uproot trees, restrict roads, and disrupt train services and halt flights in London and southern England.

Strong winds were observed over the southern English coast, with big waves warnings. Many schools were closed due to the storm. Trains had been canceled or were operating late. According to London City Airport, 64 flights were canceled.

“Our top priority is safety, so we’re canceling a number of flights,” BA stated. “As a result of Storm Eunice, we expect extreme weather conditions at airports across the UK, causing significant disruption.”

These types of red alerts are uncommon. The most recent one was released in November 2021.

A COBR emergency reaction meeting will be held by the British government to examine the storm’s response.

Damian Hinds, Britain’s security secretary, said troops were on standby to deal with the weather’s effects.

“Everyone is in a condition of preparation, aware,” Hinds explained.