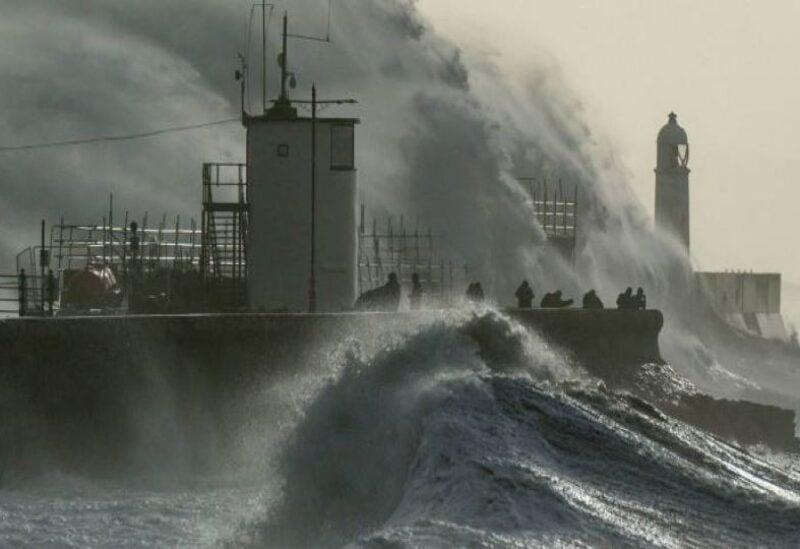 Storm Franklin is expected to hit the UK after Storm Eunice knocked off electricity to 1.4 million homes.

The Met Office has issued an amber wind warning for Monday morning in Northern Ireland, as well as yellow wind warnings for portions of the UK beginning Sunday.

A yellow rain warning is in effect in the north west of England, where two serious flood alarms suggest a life-threatening situation.

This comes just days after one of the worst storms to hit the UK in decades, which claimed the lives of three individuals.

Franklin is the UK’s third storm in a week, following the devastation caused by Storm Dudley and Storm Eunice.

The Met Office has warned that high winds might result in more power outages, traffic delays, and property damage.

Hundreds of flood alerts have been issued across the UK, with the North West anticipated to be the hardest impacted, with up to 80mm of rain expected.

Two severe flood warnings have been issued near the River Mersey in East Didsbury, West Didsbury, and Northenden, signifying a threat to life.

Flooding is predicted in various sites along the River Severn in Powys, according to Natural Resources Wales (NRW).

The Scottish Environment Protection Agency has also issued more than 20 flood warnings and seven alerts over the Scottish Borders, Ayrshire, Orkney, and the Western Isles.

Northern Ireland is under an amber wind warning from midnight to 07:00 GMT on Monday.

Wind warnings for Wales, Northern Ireland, the south-west of Scotland, and the majority of England are in effect from midday on Sunday until 13:00 GMT on Monday.

In the northwest of England, a yellow rain warning is in effect until 18:00 GMT on Sunday, meaning “there is a danger that houses and businesses could be inundated.”

Greater Manchester is the focus of the yellow rain warning, which also includes Blackburn with Darwen, Cheshire, Cumbria, Lancashire, Merseyside, and Warrington.

In the West Midlands, the same caution applies to Derbyshire, Durham, Northumberland, and Staffordshire.