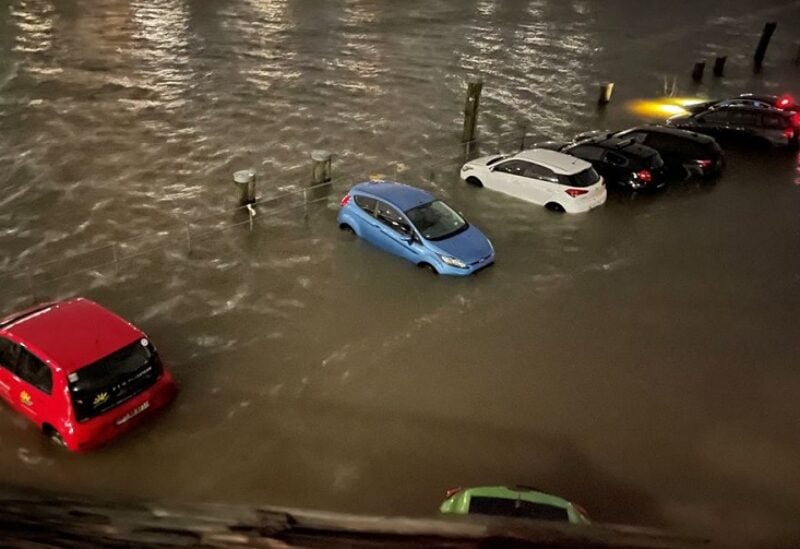 A flooded carpark is seen in Hamburg, Germany January 29, 2022, in this picture obtained from social media. Anna-Lena/via REUTERS

Hamburg’s famous fish market was flooded as water levels in the Elbe river that flows into the North Sea rose by 5.2 metres (17 ft) above normal levels.

The German weather service had warned of hurricane-force wind in the north that could reach speeds of almost 100 kilometres (60 miles) per hour .

Firefighters in Hamburg responded to 450 emergency calls in the night between Saturday and Sunday.

Fallen trees that had blocked railways and roads were cleared and two men were rescued after a barge got stuck under a bridge in the northern city, emergency services said in a statement.

Railway operator Deutsche Bahn had to suspend several lines in the north.