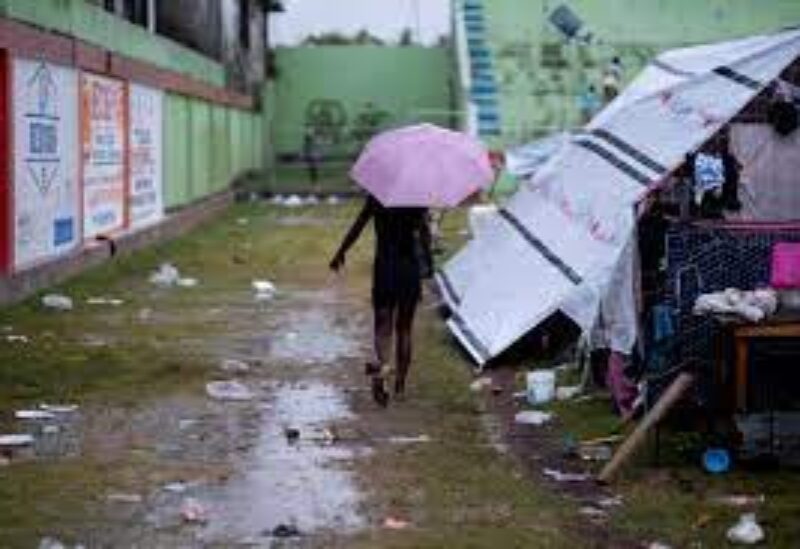 Tropical Storm Grace pummeled Jamaica with strong rain and wind on Tuesday, after bringing flooding in portions of Haiti, which is still reeling from a catastrophic earthquake that killed more than 1,400 people over the weekend.

Grace, which is forecast to become a hurricane by the time it reaches Mexico’s Yucatan peninsula on Thursday, was about 110 miles (177 kilometers) east of Montego Bay by late morning, with maximum sustained winds of 50 mph (85 km/h), according to the National Hurricane Center (NHC). Higher gusts have been reported.

“A whole heap of water is on the road. Trees are broke down, and the place a flood-out,” said Yankee Paul Junior, 21, a tax collector who was stranded in Jamaica’s eastern parish of St. Thomas. “I’m stuck and I want to go work.”

Footage and images broadcast on social media showed downed trees and flooded roads, and several major arteries in Kingston were impassable, making it potentially hard for Jamaicans to get home in time for a 7 p.m. curfew under COVID-19 restrictions.

Romayne Robinson, a meteorologist with the Meteorological Service of Jamaica, said he expected conditions to continue to be challenging for the next six to 12 hours.

“It’s a good idea for everybody to stay put and ride out the storm,” Robinson said.

The Miami-based NHC said tropical storm conditions were spreading over Jamaica. The country’s meteorological service said between four and six inches of rain could fall, which risked causing major flooding and landslides.