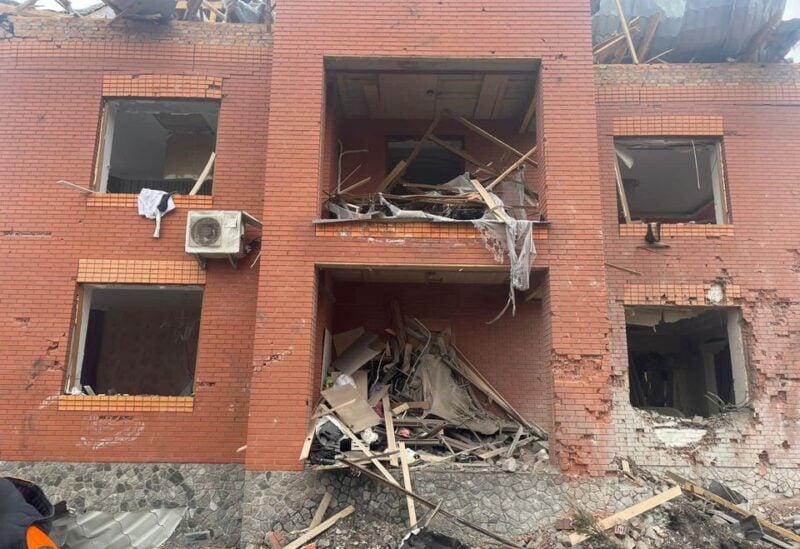 The building that houses a German consulate in Kyiv was hit during Russian missile strikes, though it has not been in use since war broke out, the foreign ministry said on Monday.