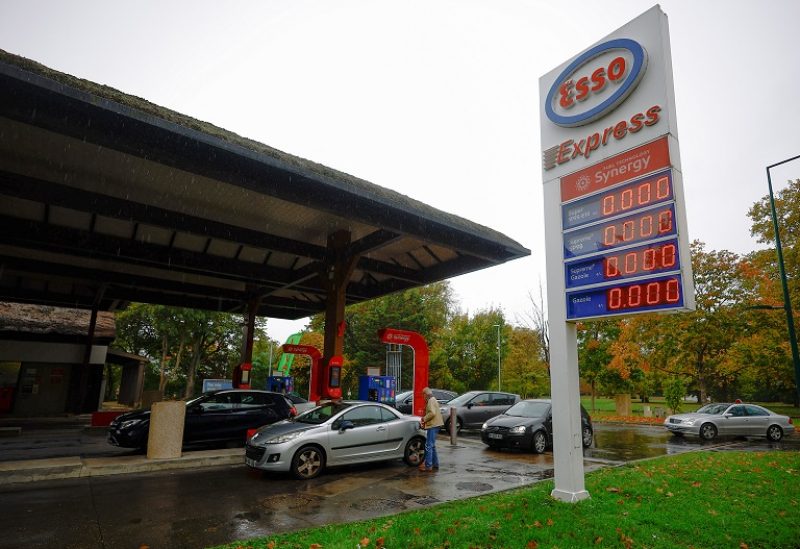 An empty price board with zeros indicates that no gas is available at a Esso gas station in Le Vesinet near Paris, France, October 14, 2022. REUTERS/Stephane Mahe

Although an agreement between one of the labor unions and TotalEnergies was reached, strikes at French oil refineries continued on Friday.

The deal, for a 7% wage increase and bonus payment to the workers, was dismissed as insufficient by the main union, the General Confederation of Labor (CGT), which intends to continue the strikes.

However, the CGT suffered a legal defeat when an administrative court on Friday rejected an injunction it filed after the government decided earlier this week to force back to work striking workers at the Port-Jerome-sur-Seine refinery of Esso-ExxonMobil in Normandy.

Faced with the government’s coercive measures, the CGT decided on Thursday, together with other unions and youth movements, to extend the protests to other occupations on Oct. 18. In a press release, the union said its goal was to advocate for an increase in wages, pensions, and benefits and to improve living conditions.

Meanwhile, bottlenecks at French gas stations persist, particularly in the north of the country where in some places, motorists have had to wait in line for up to four hours, reported regional daily La Voix du Nord. There have also been brawls between exasperated gas buyers.

In an interview with French broadcaster RTL, Economy Minister Bruno Le Maire said on Thursday ruled out any extensions to an ongoing government fuel rebate, amounting to €0.30 per liter, beyond Nov. 1.

However, he said that if prices rise further, he would consider supporting motorists who “have no choice but to drive to work.”

Meanwhile, many residents near France’s Belgian border have sought to avoid the fuel crisis by driving to Belgium and filling their tanks in the neighboring country, according to local media.

About a month ago, Belgians were driving to France for the discounted fuel across the border, with Belgium stations complaining of diminished sales. Now, they are flooded by French drivers despite fuel prices in Belgium being more expensive.

Fuel sales at Belgian stations in areas near the French border have increased by roughly 20% say reports.