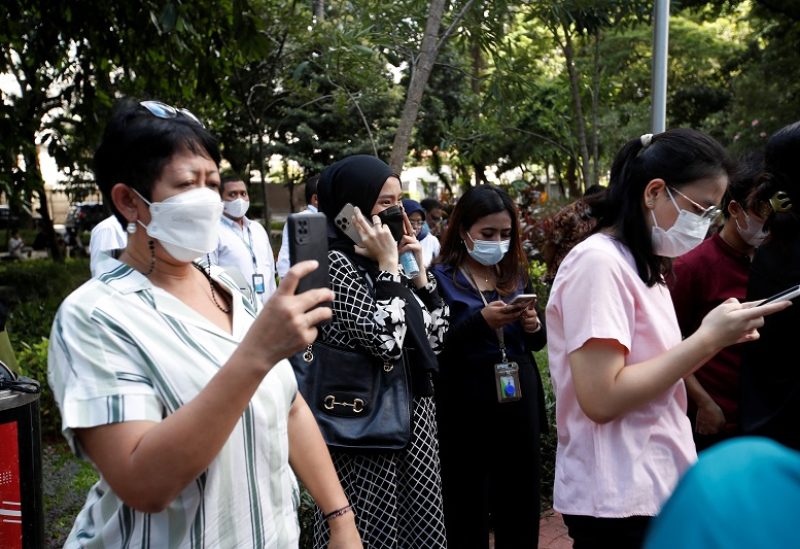 People gather as they are evacuated outside a building following an earthquake in Jakarta, Indonesia, November 21, 2022. REUTERS/Ajeng Dinar Ulfiana

According to reports, the of An earthquake with magnitude 5.6 Richter scale, hit the Indonesian capital Jakarta city on Monday, where Strong tremors were felt.

Reuters news agency said that the quake was so strong that people rushed out of apartments, and offices.

The epicentre was on land in Cianjur in West Java, at a depth of 10 km (6.21 miles), the weather and geophysics agency BMKG said, adding there was no potential for a tsunami.

Another official at the BMKG, Suko Prayitno Adi, said the authorities were checking the extent of the damage caused by the quake.

The United States Geological Survey (USGS) recorded the earthquake at a magnitude of 5.4 on the Richter scale.