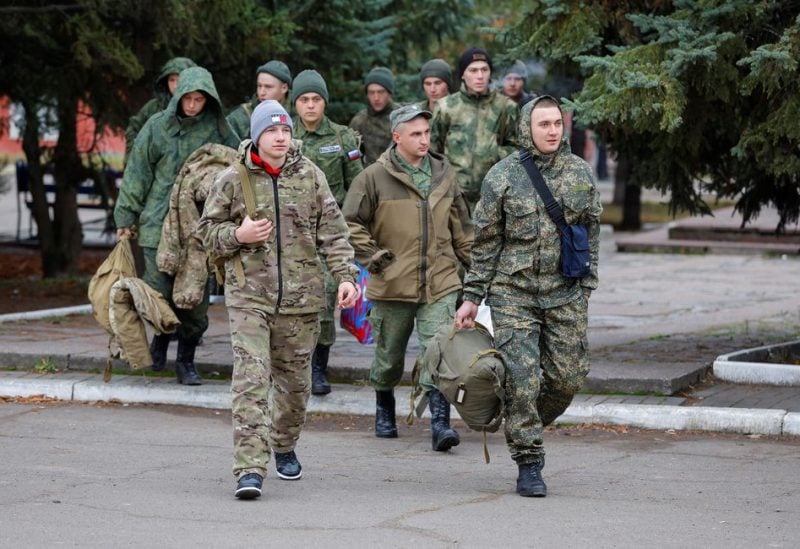 Conscripts, including students who returned from the Russian military units after they were demobilized, walk to attend an acknowledgment ceremony in the course of Russia-Ukraine conflict in the Donetsk region - REUTERS

A student who has recently been released from Russian proxy troops in Ukraine claims that when first taken to the front, he was given a Soviet-era bolt-action rifle and forced to share meals and a sleeping bag.

“When things were tough, there weren’t enough sleeping bags for everyone, so you had to make do with a raincoat. We had a limited amount of people. In order to stay warm, we managed to fit two or three individuals into a sleeping bag “a young man

“At first we didn’t have enough food. After that, everything was fine with supplies, they were completely sufficient, but at first we shared with each other. Helping each other, that was the only way,” he told reporters.

He said he had, like many others, been given a Mosin sniper rifle – a bolt-action weapon designed in Tsarist Russia in the late 19th century and updated in the 1930s.

Reports of young men being sent to fight in Ukraine with inadequate clothing and equipment have stirred deep public concern in Russia, prompting President Vladimir Putin to order better coordination between government, regions and industry to meet the needs of the military.

Putin ordered a “partial mobilization” in Russia in September, but Moscow’s proxies in the Donbas region of eastern Ukraine began calling up men of fighting age much earlier.

Vladimir said he had been drafted into the forces of the breakaway Russian-backed Donetsk People’s Republic (DPR) on Feb. 23, the day before Putin sent his forces into Ukraine.

On Monday, he was among dozens of young men who were demobilized at a ceremony in the town of Starobesheve, in line with an order from Putin this month that students should end their service and return to their studies.